Coleman's Everton secures first win against Liverpool at Anfield since 1999 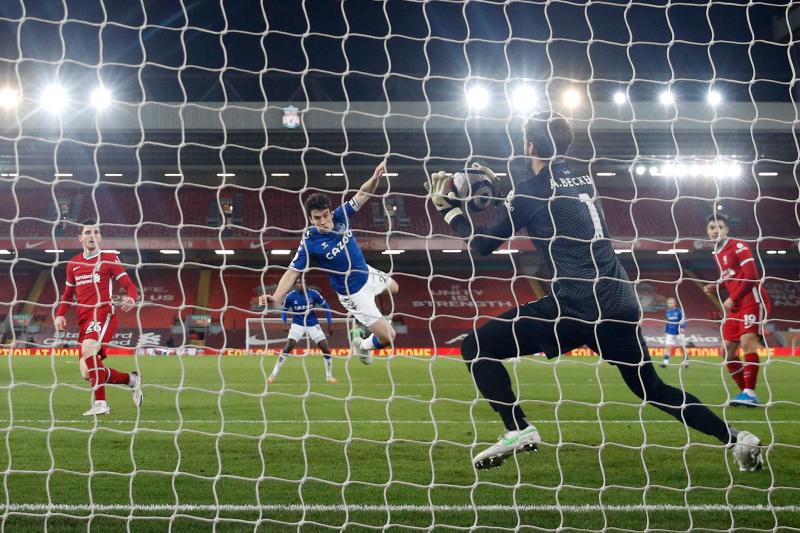 He was the only player on the field who was part of the last Everton side to beat Liverpool in the Premier League in 2010. He was also starting an Everton game for the 300th time

This was also the match in which his side ended their 24-game winless run at Anfield.

It was a deserved win as Jurgen Klopp's men slipped to a fourth straight home defeat.

The visitors made the perfect start when Richarlison raced through (3mts) to finish past Alisson.

Coleman almost scored himself from a point-blank header at the Kop end but it was blocked by keeper Alisson.

But his side  rattled the Liverpool side throughout the game and when Dominic Calvert-Lewin came on from the bench to join Richarlison in attack, it turned into a gamble that paid off.

The England striker won a controversial penalty off Trent Alexander-Arnold.

Sigurdsson rolled home from the spot (83) to seal Everton's first win against Liverpool since 2010 and their first at Anfield since 1999.

Speaking after the final whistle Coleman said victory gave him "an amazing feeling" after "years of letting the blue side of the city down".

"Our players put in an unbelievable shift against the champions so we're delighted. For me personally I had to follow Andy Robertson. The last time I had a job like that was at Stamford Bridge following Ashley Cole about the pitch. He's [Robertson] a great player and I just tried to stay with him."

He added manager Carlo Ancelotti told them to compete and break when they could.

"When you are holding a lead it's difficult to be brave and try to play out from the back. We probably didn't play as much as we would have liked but we got the result. Dominic [Calvert-Lewin] came on and made a difference."

He added the pressure was on holding the lead and knowing they hadn't won at Anfield for so long and admitted he looked up at the clock on more than one occasion.

On his diving header Seamus said he just wanted to get contact on the ball.