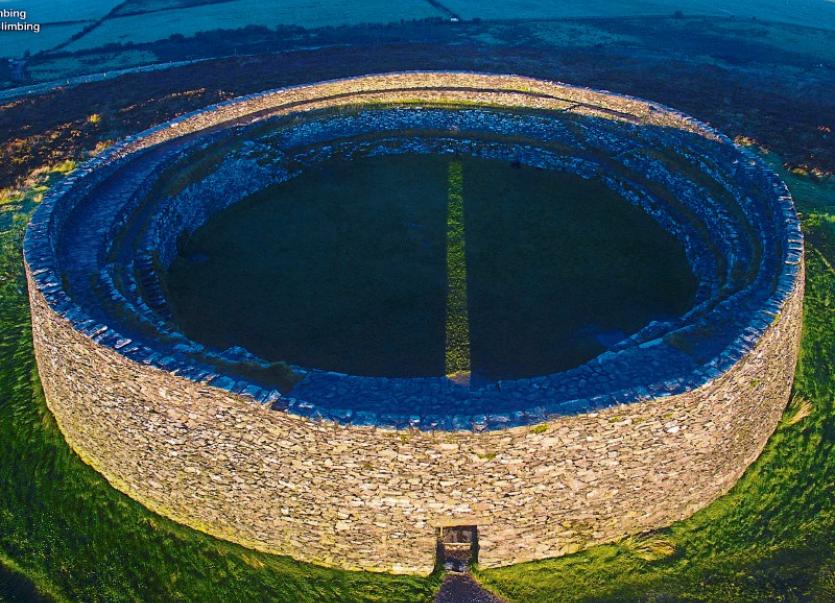 Tourists and local people may have no option but to view An Grianán of Aileach Fort from the N13, which runs through the nearby village of Burt, if the Office of Public Works (OPW) gets its way.

The OPW, which manages State heritage sites, proposed restricting the number of visitors allowed up to the iconic ring fort, in a new Conservation and Management drawn up for the site.

The plan sets out the implementation strategy and Action Plan for the conservation and protection of An Grianán of Aileach Fort.

According to Cllr Canning, the OPW is putting a lot of restrictions on the site, even “down to what can be done in the car park”.

He added: “If everything in this conservation document is carried out, visitors might only be able to see An Grianán of Aileach Fort from the N13. I would like a conversation to be held with the OPW to tease out how restrictive these policies are going to be.

“I do not want An Grianán of Aileach Fort to end up like Newgrange, where visitors cannot see it or get near it. We need an in-depth conversation with the OPW. We all attended the meeting regarding the Fort, the least the OPW could have done was come back with a draft document, so councillors could have had an input.”

Agreeing with Cllr Canning, Cllr Jack Murray (Sinn Féin) said a meeting with the OPW was now “a matter of priority”.

Cllr Murray added: “I would be concerned the OPW would limit numbers at An Grianán of Aileach Fort. We want to encourage visitors. No-one wants anything that would negatively impact on the site.

“However, my mind still boggles at why OPW will not hire a tour guide to bring people to Grianán. Somebody there on a full time basis could welcome visitors and be a watchful pair of eyes over the site.

“The OPW hires staff in sites in Donegal which attract as few as 5,000 visitors per year. An Grianán of Aileach Fort attracts upwards of 110,000 visitors per year. We need to seek a meeting with the OPW as a matter of urgency and put an end to these proposed restrictions. They are not acceptable to the local community at all,” said Cllr Murray.