Mysterious lights and flashing colours at An Grianán in Burt 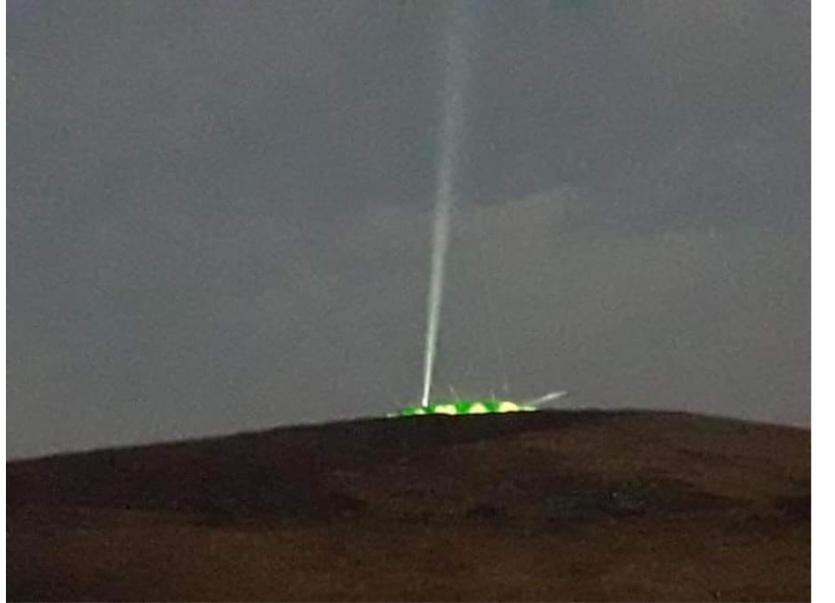 Ireland seems to be a popular hotspot for extraterrestrials, with more reported UFO sightings here than anywhere else in Europe and last night it appears we had a visitor right on our doorstep here in Donegal.

Various reports have been coming in of bright green lights and a circular object being spotted at the top of the historic An Grianán hillside fort near Burt.

Several people reported driving to the site and indicated there were gardaí in the vicinity too. Some claimed it might be an open air rave but that's highly unlikely as it would attract too much attention.

During the Covid-19 pandemic  there has been an increase in perceived UFO sightings in many countries. Many have been attributed to most people’s relative inexperience with interpreting cell phone camera shots. Lens flares – internal reflections within the camera – are often the culprit. This increase in UFO reports is also an indication that people have had more time to observe the sky.

One suggestion, and this might be the most probable, is that someone was filming a video for a St Patrick's Day event as many of the lights seen looked green.

Did you see anything?