Short film to be released later this month 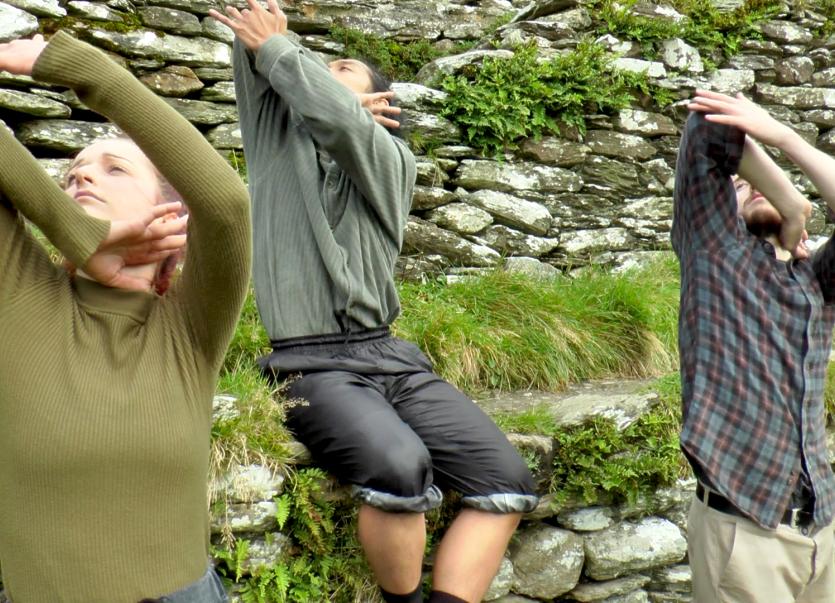 An Inishowen man is set to release a new short film later this month.

Brian Gillespie, Artistic Director and Choreographer at B-Hybrid Dance in London returns to his roots with his new short film - Of Simple Stones will premiere at 8pm, Monday, March 15 on B-Hybrid’s Website.

The film stars B-Hybrid dancers Goele Michaux, Liam Duffy and Jumar Aben performing in and around Grianán of Aileach.

'Home', a poem by fellow Donegal man, Liam Porter, will feature in the piece alongside music from Donegal musician Méabh Kinsella.

Brian said he came up with the project months before premiering his theatre work, Breaking Breath, in Donegal.

“Then my mind started wandering and I saw all of the shots happen in my head.

“When I saw them I jumped out of bed and I wrote them all down and I drew them all out and I just needed to make it happen.”

Filmed in 2016, Brian thinks now is the perfect time to release it, especially when many are confined to their homes.

He said: “It's not to not to provoke people and make people miss home or shed a tear or whatever and it’s not even for Irish people in particular.

“It’s for anybody who's just not able to get home I just thought that it might be a nice reminder for people that, that home is still there. It’s not going anywhere.”

Brian left home years ago and hopes the film shows that someone can change and grow without forgetting where they’re from.

As someone who grew up in Newtowncunningham, Brain feels that Grianán of Aileach was the perfect place to represent his home.

He said: “There's something magical about the circular building, and the fact that it is quite open and exposed.

“The views from it are amazing so you almost feel like you can see the rest of the world from that safe haven.”

After getting into contact with Liam Porter and hearing about his unreleased poem, Home, Brain thought it was ideal.

For Brian, the poem helped bring all the footage together and make the film even more meaningful and unique.

“I hope this work brings fond memories to anyone missing their homeland at a time when travel isn’t always possible,” he said.