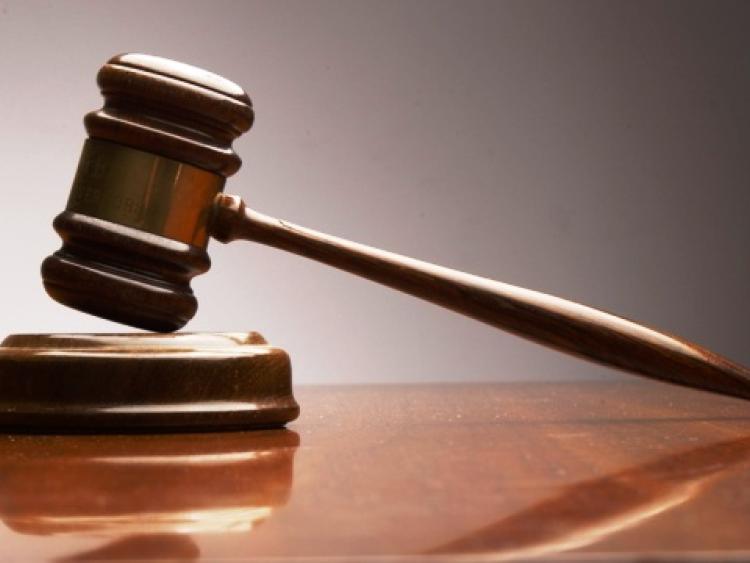 A woman who has been stalked by a man for eight years found men’s underwear on her clothesline twice.

She awoke at 8am on one occasion to find the defendant sitting in his car on her property. On another occasion, she found dried, withered flowers and a can of men’s deodorant outside her patio door. The flowers contained a note requesting to go swimming with the victim.

William McCrea, 48, of Bridgetown, Ballintra was before Donegal District Court on Monday. He had previously pleaded guilty to a charge of trespass at the victim’s house at  Mullinasole, Laghey on February 9, 2020. The charge related to the incident where the defendant awoke to find the defendant in his car on her property.

Judge Kevin Kilrane had adjourned the previous hearing because he wanted to hear details from the victim.

At last Wednesday’s court sitting, the victim gave evidence that she had been stalked by McCrea since moving into her home in 2013.

Judge Kilrane asked if she had ever been in a relationship with McCrea.

The victim replied: “No. I never spoke to him.”

She told the court that she had made enquiries and discovered that McCrea worked locally but did not have reason to pass her house.

The woman who lives on her own said: “It was more annoying at first.

“But one night when I was going to bed he was parked outside my house. I contacted Garda Battle in Ballintra. He took him in and spoke to him and he said he wouldn’t do it do it again.”

The victim said: “That Christmas I noticed that there was men’s underwear on my clothesline. I let it go. The same thing happened on St Patrick’s weekend.”

She went to the garda station in Donegal Town and was told that the gardaí would look at Garda Battle’s file. However, it emerged that no file had been kept.

“I had to start again from the beginning,” she said.

Garda Foy then took over the case and spoke to McCrea.

“I thought it was going to stop,” said the victim. “But the following Easter I got up on Easter Sunday morning and found stuff lying at my patio door. He left a bunch of dried, withered flowers and a can of men’s deodorant. Inside the flowers there was a note. He requested to go swimming with me. I do swim. I don’t know how he knew that.”

The court heard that there was only one entrance to the house from the road, and that someone would have had to come right on to the property to get near the house.

Again, Garda Foy spoke to the defendant who said he would stop.

At that point, McCrea was issued with a caution.

“And then one Sunday morning I woke up and there he was sitting on my property,” said the victim. “It was 8am.

“Once he saw me at the window he drove slowly off.”

Solicitor for the accused, Florence Hutchinson said her client had no romantic intentions towards the victim.

In relation to the charge before the court, she said: “He accepts that what he was doing was inappropriate.”

Ms Hutchinson said it was her view that a psychological assessment of her client was needed.

The court then heard from the defendant who admitted that the victim’s version of events was true.

When asked why he had behaved in such a manner after being told not to by gardaí, he offered no explanation other than: “It was on my mind.”

Judge Kilrane said: “This man is lucky he is not charged with much more serious charges or harassment or he would go to prison for a long time.

“He is charged with a relatively innocuous matter which doesn’t at all reflect the seriousness of this situation.

“In view of everything I will put the matter back to allow the prosecution to decide whether there is anything further they wish to do about this.”

The judge raised concern about the likelihood that the stalking would continue.

“This man’s lack of any logical explanation leads me to believe that he is quite likely to do this again,” he said.

“Looking at the victim here in court she is quite fearful. She is living on her own and feels he is not to be trusted.”

Superintendent Colm Nevin said he was not sure if there was enough information on file for the DPP to consider a prosecution of harassment.

Judge Kilrane pointed out that the defendant’s behaviour met the harassment criterion of being persistent.

He added: “All I want to do is: one, protect the victim here and two, deal with this defendant in an appropriate manner.”

The judge ordered the defendant to pay €500 compensation to the victim.

When asked if she would accept the money, the victim said no, but she agreed that the money could be paid to a charity of her choosing. She suggested a charity that supported rape victims.

The judge said that as a first step he would adjourn the matter to April 7 for payment of the compensation.

Superintendent Nevin told the victim: “In the meantime you cannot go near this victim in any circumstances.”

Judge Kilrane said he wanted an undertaking from the defendant that he would not travel on the road where the victim lived.