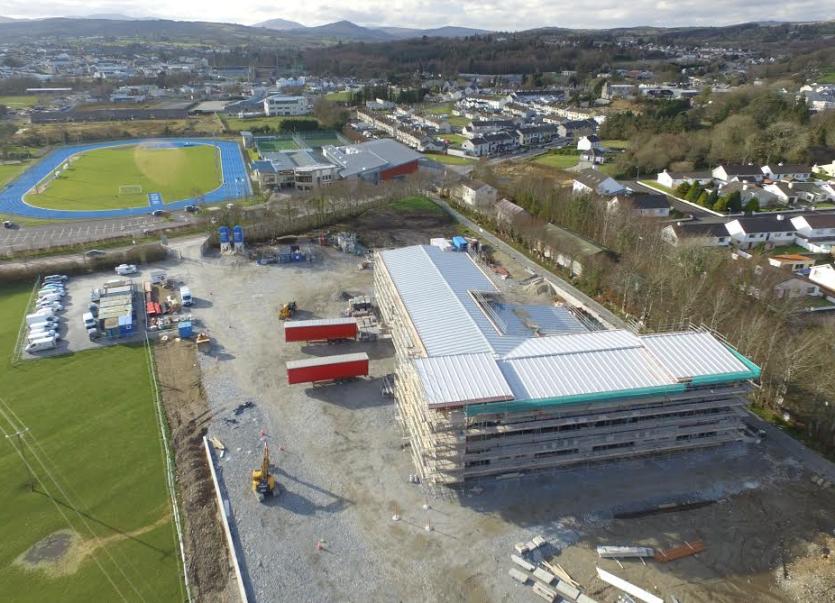 The building of the new Scoil Mhuire National School in Stranorlar, which began in July last year, is continuing to progress well with the construction phase due to be completed by the end of the year or early 2022 at the latest.

This is great news in a week where children started to return to their classrooms after an enforced Covid-19 break. It will also be welcomed by a community that has waited in excess of 20 years to see this new facility take shape.

Work on the multi-million euro, 24 classroom primary school began on site on Monday, July 27, 2020, and is currently attracting widespread plaudits for its design and appeal.

The project has an 18 month programme and will incorporate SET rooms, GP rooms and stores, teachers room, library resource room, offices and other ancillary accommodation in addition to the 24 classrooms.

The new structure, which is on a 2.2 acre site, will have 3,500m sq of floor area that will cater for everything over three floors.

Outside there will be three play courts, a hard surface area to the back and on the east a large grass playing field.

There will also be a new road going into the building with a large turning circle. There will be ample parking space which will ensure very little interruption to the local road infrastructure.

Project manager, Stephen Sheridan, says he is happy with the way everything has gone to date.

"The roof sheeting has just gone on the structure and there's a real push on the blockwork and mechanical and electrical installation at the moment.

"The windows have been measured on site and are away for fabrication so in the next four weeks people will see the building closing in. It is going to be a highly efficient building."

He added they were currently progressing with the groundworks around the school as well as drainage to deal with the local surface water as well as the sewage works.

"It's going well. We had our challenges with Covid but it hasn't held us back. When we returned in January with the cases being so high and taking advice from the Construction Industry Federation, we slowed the opening of the site just to see how things fared out. I'm glad to report we haven't had a case of Covid on site and hopefully it stays that way."

Mr Sheridan said it was inevitable that some people had concerns with the new development being so close to the nearby River Finn - which was 220 metres away - but these had all been taken into consideration.

Their design team spent a lot of time examining the site and planning for all situations.

"Everyone was  cautious at the start and we were getting lots of queries but there were geo-technical reports done at tender stage and a lot of studies into the site. There was a model generated to show worse case storm scenarios but the water never reached the site.

"On top of that we have raised the building some three and a half metres plus there is a very extensive underground drainage system installed. As well as that large water holding tank that can deal with bursts and rainfall has also been built on the site.

In relation to the foundations, the builders have gone down into hard ground and there is over 800 metres cubed of concrete underneath the building's foundation so everything stays where it should stay," he said.

The construction of such a major building is also a boost to the local economy, the wider economy and of course the firm in charge, Letterkenny-based, Boyle Construction.

The company was formed in 1984 by Donal and Eugene Boyle. It has grown significantly over the years and throughout this time has earned the reputation for delivering a quality end product.

"The firm is continuing to grow and moving on to larger projects all the time so we are very happy to pick up the school project here. As a result we are dealing with design teams and parties that maybe we wouldn't have dealt with before so this will be good for future tender works," said Mr Sheridan.

He added they were aiming to be finished by December this year.

"We still have supply chain issues with Covid and Brexit with things like import tariffs and price increases but we are managing. We are trying to get out material on site ahead of time because of the extra space we have here in Stranorlar. This allows us to work ahead of any delays we might get at the ports."

Local councillor, Martin Harley said it was great to see the development to date.

"This is a positive story with the children going back to school this week. The extra capacity will not only cater for existing needs but stand us in good stead for any future growth in the towns. It will be an attractive incentive for anyone who wants to come and live here too," he said.

Cllr Harley added the investment was a vote of confidence and a boost to the local economy during and after construction.

"It's also great to show that a local building firm can undertake such a big project because for years they had to be taken in from other parts of the country."

Another local councillor, Patrick McGowan said he too was delighted with the work to date and added he would be pushing to ensure the additional development of the Mill Brae road would be done as soon as possible to complete the development.

He added this was top of the priority list in the municipal district and council programmes and it was now up to the Government to make sure the funds were there.

"Traffic will be high in this area once the school is opened so it's important we have adequate roads, footpaths and cycle lanes in place," he said.

Old School
It is not clear what will become of the old school which is situated on the town's main street. It is the property of the diocese but to date there has been no indication of what future uses it might have.

Many locally feel it would be an ideal location for a number of organisations and clubs with its many classrooms and gym hall.

Some also feel the area around the school could be used to extend the existing car park adjacent to the local church. No doubt it will spark plenty of debate as the new school starts to come on stream. 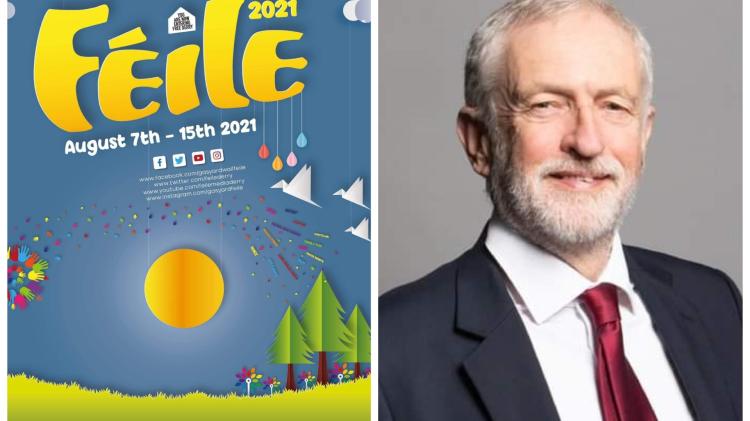