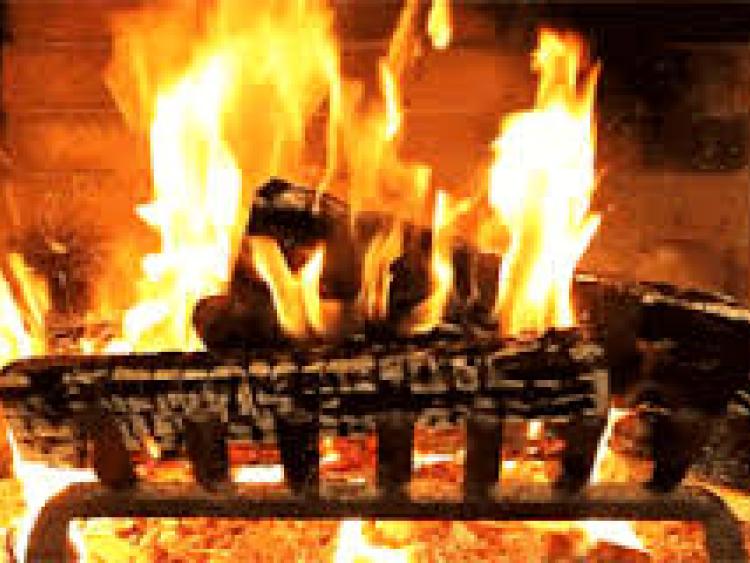 Just over one in ten members of the Irish public consider the burning of smoky fuels, including coal, turf and wet wood in the home to be the leading source of air pollution – even though these fuels are responsible for the majority of more than 1,400 air pollution deaths in Ireland every year.

An Ipsos MRBI poll for the Irish Heart Foundation and the Asthma Society of Ireland also reveals that less than half the population realises the likely health damage that is being caused by emissions which remain in the home when these fuels are used.

The poll was commissioned to assess public knowledge of the devastating health impact of domestic fuel burning – the main source of microscopic pollutants known as PM2.5 responsible for an estimated 92% of air pollution deaths in Ireland – in conjunction with a new Government consultation proposing the toughest restrictions yet on the use of smoky fuels.

“Home fuel burning is having a hugely detrimental impact on the nation’s health – with children, older people and those living with chronic diseases being the worst affected,” said Irish Heart Foundation CEO, Dr Tim Collins.

“It’s crucial that the scale of the damage being done is fully understood in the debate on banning smoky fuels. The fact is that when you sit in front of an open fire, you’re exposed to similar levels of toxic fumes found in traffic blackspots at rush hour.”

Evidence shows that pollutants called PM2.5 that can be 40 times smaller than a grain of sand enter the bloodstream after being emitted from smoky fuels. This can trigger asthma, skin and autoimmune diseases and inflammatory bowel disease, as well as causing infertility, miscarriage, sight loss and dementia. Heart disease and stroke account for up to 80% of air-pollution caused deaths, but fatalities are also caused by lung cancer, diabetes, kidney disease, liver disease and COPD.

“Whilst most fatalities occur among older people, there is growing evidence worldwide of severe impact on children’s health,” added Dr Collins. “We have known for some time that children’s hearts, brains, hormone systems and immunity can all be harmed by air pollution. Now research is beginning to point towards effects on growth, intelligence, and development of the brain and coordination. People – parents, grandparents, childminders - need to think of that every time they light the stove or the fire.”

Emily Blennerhassett, Interim CEO of the Asthma Society of Ireland said, “Ireland has one of the highest incidence rates of asthma in the world with one in ten children and one in thirteen adults developing the condition and 890,000 people likely to develop asthma in their lifetimes.

‘’Air pollution has been proven to cause asthma in children, specifically NO2, which is most commonly sourced from traffic emissions and emission from coal burning. Globally, an estimated four million new cases of asthma in young children are attributed to NO2 emissions. Efforts to reduce NO2 levels could substantially reduce new asthma cases in children. Not only can air pollution cause asthma to develop, it can also worsen asthma symptoms, increasing the risks of an asthma exacerbation, an asthma attack, and increased risk of premature death.

“Improvements in air quality in Ireland through the reduction of burning all smoky fuels can only have a positive health impact for us all, and especially for those living with respiratory conditions like asthma’’ added Ms. Blennerhasset.

According to the EPA, up to 40% of emissions from open fires remain in the home, however just over half of respondents in the Ipsos MRBI poll (54%) believed that burning smoky fuels was a cause of indoor air pollution and only 42% believed this would damage the health of people living in these homes.

Dr. Collins spoke that ‘’regardless of how far policymakers are prepared to go to restrict the use of smoky fuels, it’s imperative that the whole country is fully aware just how dangerous using smoky fuels is, and as much for their own family’s health as that of their neighbours and communities.

“It must be stressed that it’s not enough just to ban smoky coal – the evidence now suggests that peat and wet wood may be just as harmful. Therefore, restrictions on these fuels must be part of new regulations.”

According to the survey, 51% of respondents thought that transport was chiefly responsible for the health impact of air pollution in Ireland, 21% industry and just 11% from coal, peat and wood burned in the nation’s homes, when in fact it is the burning of these solid fuels that is the dominant cause.

Just one in five thought heart disease and stroke was the leading cause of death from air pollution, although it accounts for as many as four out of every five air pollution fatalities.

Dr Collins added that whilst the Irish Heart Foundation fully supports the proposed restrictions on smoky fuels, it was essential that the new regulations are accompanied by measures ensuring that nobody is left without an affordable means of heating their home safely.

In addition to an accelerated national retrofitting programme focusing first on people at risk of fuel poverty, this requires increases in the Fuel Allowance to ensure that nobody on low income is out of pocket due to the legislation.

“Enabling every household in the country to move away from dangerous solid fuel burning must be made a national health priority. It should be accompanied by a concerted information campaign to explain the health risks so those who can make the switch as soon as they possibly can,” said Dr Collins.