Cllr McGowan welcomes works started at The Beeches in Ballybofey

Cllr Patrick McGowan at the entrance to The Beeches

Work has started on the entrance to a housing estate in Ballybofey that was once likened to Main Street Beirut - such was the extent of the craters in the road there.

Local councillor, Patrick McGowan said it's great to see Churchill quarries getting on with emergency repairs at The Beeches in Ballybofey.

"Council engineer, Paddy Mullin,  who is over the council's taking in charge section, reached agreement over a month ago to carry out emergency works to the main entrance road into The Beeches including some smaller repairs further up the estate.

"The main taking in charge process is still ongoing with negotiations between Irish Water and the new developer who proposed finishing off the unfinished houses at the top of the estate.

"A overall resolution is being negotiated with all parties by Paddy Mullin - issues such bonds, new development charges and any other funding that the council can draw down. 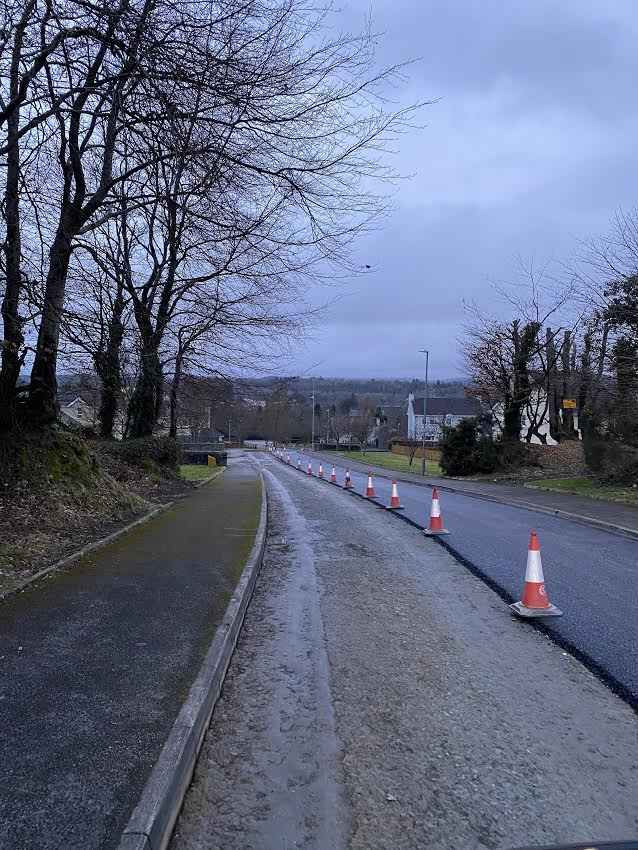 The start of the work at The Beeches, Ballybofey

"It is hoped that agreement can be reached but first all parties are waiting on a response from Irish Water to see what their requirements will be," he said.

He added he knew all residents and other users will be delighted to see these initial works have started after many years.