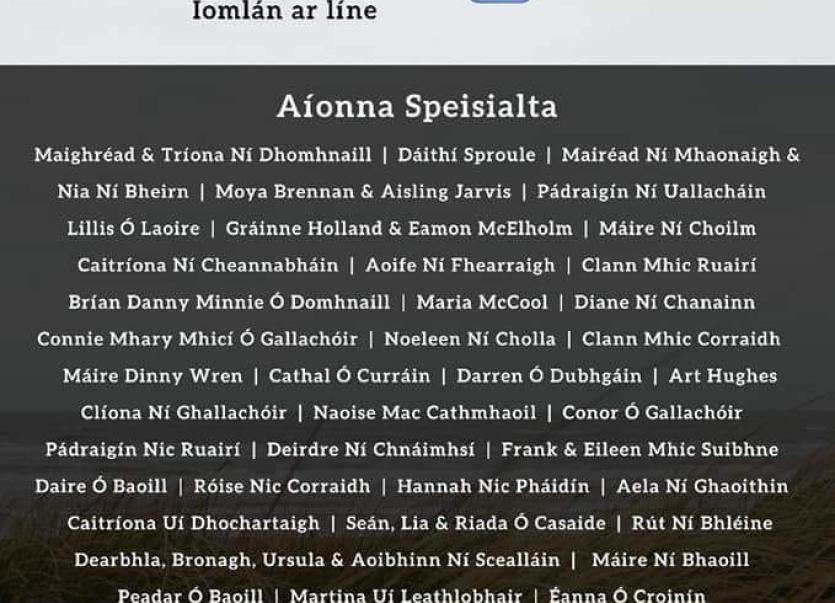 Ceolchoirm na nGael, a feast of music, singing and storytelling is taking place in the Donegal Gaeltacht village of Rann na Feirste.

The event has been organised by cousins Bríd Anna and Eilín Ní Bhaoill, in remembrance of their Great Uncle Micí Sheáin Néill Ó Baoill, and is taking place from March 19 to 21. 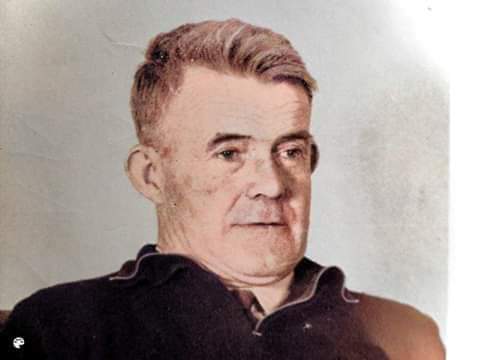 Speaking to Donegal Live, Bríd Anna said: “Myself and my cousin, Eilín Ní Bhaoill, have put this memorial weekend together in remembrance of our Great Uncle, Micí Sheáin Néill Ó Baoill, who was a renowned storyteller from Rann na Feirste.

“Micí Sheáin Néill Ó Baoill was the son of Seán Néill Ó Bhaoill and Siubhan Paddy Antoin Ó Dónall and was the youngest of a family of six, four boys and two girls.

“He was was well known as a storyteller. He used to story-tell in Coláiste Bhríde, the summer college here in Rann na Feirste. He also did pieces for Gael Linn, universities and a lot of other Irish community groups. He also took part in Oireachtas na Gaeilge, an annual Irish language festival, where he won a lot of prizes over the years.

Bríd Anna said she was very lucky to have grown up in Rann na Feirste and to have had her Great Uncle teaching her the art of storytelling. 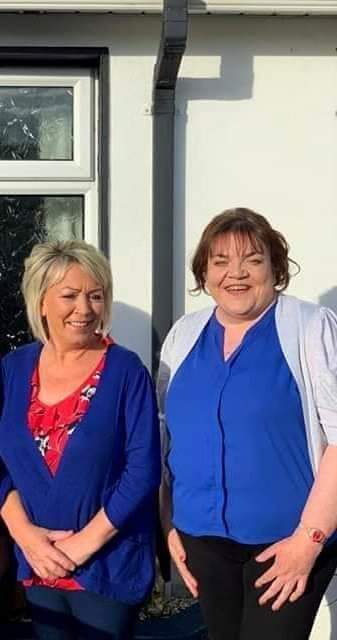 She added: “Myself and Eilín are so proud that we are able to put Ceolchoirm na nGael together, especially in the times that we are in.

“We are opening the event with a Memorial Night live online on Friday (March 19) at 8pm, which will be broadcast on the Seanchas Sheán Néill's Facebook page. This will consist of people sharing their memories, people from all over Ireland and America, all over the world. These are people who knew Micí Sheáin Néill and stayed with him in his house.

“As well as this, Eilín and Micí Sheáin Néill's grand niece, Máire Níc Choinchoile, will be launching the new book and the CD Scéal Chú Chulainn, in his memory. Scéal Chú Chulainn is a project that myself and Eilín completed this last few months.

“We will also have singing on Friday night and I will be reciting a poem, newly composed by Eilín. We are also be premiering a new song in memory of Micí Sheáin Néill, written by Aodh Mac Gairbheá and sung by the kids from Rann na Feirste and Cloich Cheann Fhaola. It will be a night of memories, stories, singing and poems,” said Bríd Anna.

On Saturday night (March 20), Ceolchoirm na nGael will have a celebration featuring more than 53 acts.

“We will finish off the Ceolchoirm na nGael weekend on Sunday afternoon at 4pm with what Micí Sheáin Néill liked best himself, the stories, a storytelling session. There are about 17 young and old storytellers from all over Ireland and Glasgow taking part in this event.

“Myself and Eilín would like to thank everyone who helped us with this event. We are so proud and all the family are so proud that we can organise this event, in memory of our dear great uncle that we all loved so much. We were so lucky that he was part of our family,” said Bríd Anna.

The new book and the CD Scéal Chú Chulainn is available from Bríd Anna and Eilín Ní Bhaoill and via the Seanchas Sheán Néill's Facebook page. 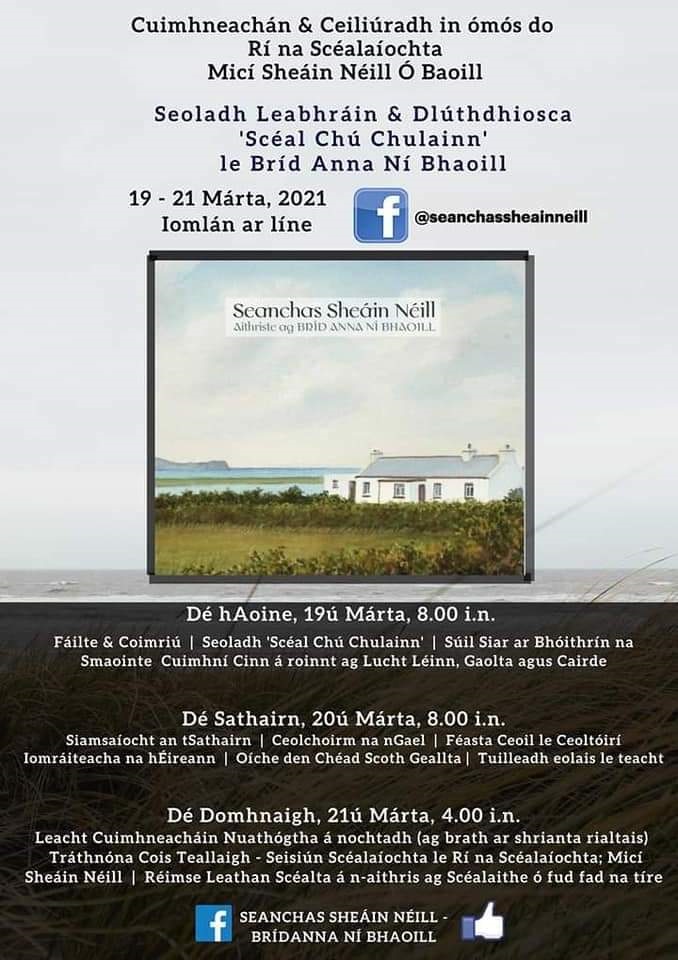