Donegal's Favourite building is Ireland's Building of the Century 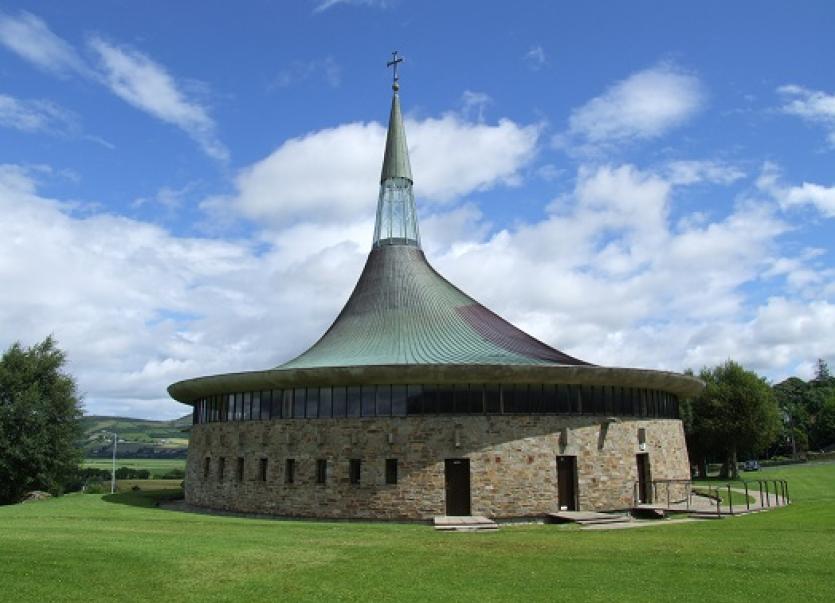 Donegal's Favourite building is Ireland's Building of the Century

The iconic Church of St Aengus in Burt has added to its pantheon of awards.

The circular, Liam McCormick-designed church was voted 'Building of the Century' at the turn of the Millennium and last week it topped the Donegal Live poll to find 'Donegal's Favourite Building'.

RTÉ News Now broadcast Mass from the church on Thursday past (March 11), the Feast Day of St Aengus.

On June 25, 2017, the congregation of St Aengus' celebrated a historic milestone in parish life. The Church of St Aengus in Burt celebrated its Golden Jubilee.

A Mass of Thanksgiving was concelebrated by the the Most Reverend Dónal McKeown, Bishop of Derry, joined by Fr Neil McGoldrick (Parish Priest at the time) and Fr Fintan Diggin CC Burt, Inch and Fahan, as well as former priests who served the parish.

Parishioners have also produced a commemorative book to mark the occasion, titled: 'The Church of St Aengus, Burt, Co Donegal: Celebrating half a century (1967 – 2017).'

The Church of St Aengus in Burt was consecrated on June 25, 1967. It replaced the post-Penal church in Moness, which had fallen into disrepair, and was architect Liam McCormick's fourth Donegal Church.

Ms Pollard, who is president of the Royal Institute of Architects in Ireland (RIAI), continued: “There is no doubt that Grianán is the inspiration behind the circular form of the church at Burt. The idea of a circular church was radical and had not been attempted in Ireland before.

“The design concept for Burt precedes the publication of the Vatican II document: 'Constitution of the Sacred Liturgy' (December 1963) but McCormick's familiarity with church-design development in Europe, prior to Vatican II, gave him the confidence to be sure it could be successful.

“McCormick was able to convince Bishop Farren [then Bishop of Derry] that he had the liturgical knowledge and architectural skills to make the circular plan work.

“The Church at Burt nestles gently into the site, its natural stone walls and copper roof blending into the colours of the surrounding landscape,” added Ms Pollard.

The poetic citation of the Gold Medal jury said: “It is not often a building is found, such as this little country church, which speaks so clearly of the loving care which has been lavished on it by architect, builder, client, artists, craftsmen and everyone connected with it.

“This Church is as perfect an example of integration with its magnificent site as it is probably, possible to achieve. The romantic relationships of form and material to the great prehistoric fort overhead, the delicate reflection of the spiky silhouette of the nearby Presbyterian and the spire of the Church of Ireland Churches, and the echo of the swaying curves of the hills and sea might easily have degenerated into a sentimental and false stage setting.

“In fact, the design has been conceived and executed with such sensitivity, imagination and skill that this weakness has been completely avoided.

“The work of the artists, Helen Moloney, Imogen Stuart and Oisín Kelly who contributed stained glass, metalwork, carving and tapestry, is a distinctive and pleasing feature of the building and has been excellently co-ordinated by the architect.”

As St Aengus' prepared for its golden Jubilee, On of the book's contributors, parishioner, Margaret Callaghan (93) called to mind her attendance at seven Golden Wedding Anniversary Masses there.

Mrs Callaghan said: “My late husband, Willie, and I celebrated our Golden and Diamond Wedding Anniversaries with special Masses in St Aengus'.

“We also attended no less than six other Golden Wedding Anniversary Masses in St Aengus'. One of these was for my own parents, Henry (Harry) and Mary Gallagher (née Craig), from Skeog.

Fr Jack Farrell was the Curate in Inch and was on the altar the day St Aengus' was consecrated, along with Fr Laurence Keaveney CC Burt.

Describing the whole day as “brilliant”, Fr Farrell particularly remarked on the choir, which was under the direction of Mary Devlin, who operated the Bridgend Telephone Exchange.

“I remember Taoiseach Jack Lynch being in the congregation. He was electioneering in Rathmullan and was asked to attend.

“Dr Donál Brennan, the Parish Priest of Fahan, Inch and Burt, was unwell that day. He remained in the Sacristy during Mass but came out onto the altar at its conclusion, to say a special word of thanks to the architect, Liam McCormick and to the builders.”

Reflecting on his experience as a Presbyterian living in Burt, James Buchanan said [in 2017] community relations had always been good.

He added: “I remember the talk of the new RC Church, which would be built at Carrownamaddy, not far from our traditional Presbyterian Church, which was built in 1895/6.

“We watched with interest as the site was prepared and the steelwork erected. I took some photos of the work and I had one of the spire being put in place. My late father also took a great interest in the new church and I remember taking him down on a couple of occasions as the work progressed,” said James Buchanan.