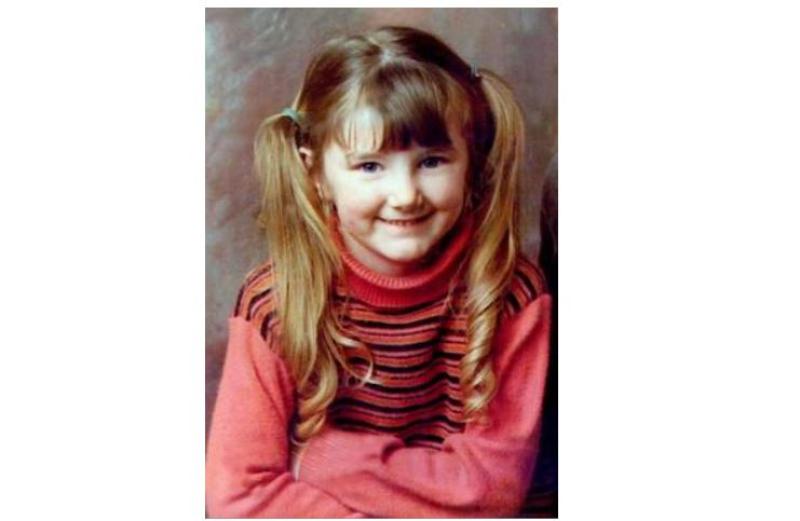 The Justice for Mary Boyle campaign group has tonight (Thursday),  called on Donegal TD and Government minister, Fianna Fail's Charlie McConalogue, to engage with them in a bid to clear up what happened to the 6-year-old who went missing 44 years ago.

Representatives from the group said as they had no grave to lay flowers at to mark her anniversary, they decided to leave mementos, including candles, flowers, a note and a picture of Mary, outside the TD's Letterkenny office at the Market Square.

Six-year-old Mary from Kincasslagh, went missing from her maternal grandparents' small dairy farm in the remote area of Cashelard, outside Ballyshannon, on March 18, 1977, the day after St Patrick's Day.

She'd helped her mother with the washing-up, played with her brother and sister and their cousins and then followed her Uncle Gerry as he set out across the boggy fields to return a ladder he'd borrowed from a neighbouring farm.

Uncle Gerry told the gardaí that his niece had given up halfway along the path and turned back.

She was never seen again. The case is now the longest running missing child case in modern Irish history.

Mary had vanished without a trace. There wasn't so much as a scrap of fabric on a fence or hedge to give a clue as to where she'd gone or what had happened to her.

1977 was a world without mobile telephones, without social media and without GPS - in those days very few homes in that part of Donegal would even have had landline telephones.

The case has attracted some publicity because of various allegations. This has led to claim and counterclaims by a number of parties. In March 2018, gardaí issued a request for information regarding the case and stated that the investigation was still live.

This is also referred to in some detail in the letter to Deputy McConalogue.

Part of the letter to the TD read: "As you may or may not be aware today is the 44th anniversary of Mary Boyle's disappearance and we - members of the Boyle family, including Mary's identical twin sister Anne - are asking you again, six years after initially doing so, to please investigate claims by two now retired gardaí that they were ordered to lay off the main suspect in her disappearance."

"We would hope that you would help turn every stone to help us in any way to find out what can be done about these claims and search any records for mentions of them.

"We hope you would do the right thing and help us in every way possible to find Mary's remains. As I said  Mary is missing 44 years now since 1977, you were born that very year so think of all those years you have lived that we, Mary's family and especially her twin, Anne, have missed out on.

"Please search your conscience Mr McConalogue and do everything so that this dark shadow may be removed and we can have Mary's body home to rest.

"Until then we have no where to place a wreath or a candle for her, so we will leave it here at your office."

The letter ended asking the TD to contact them through their Justice for Mary Boyle Facebook page if he wished to open dialogue "on this sad matter". 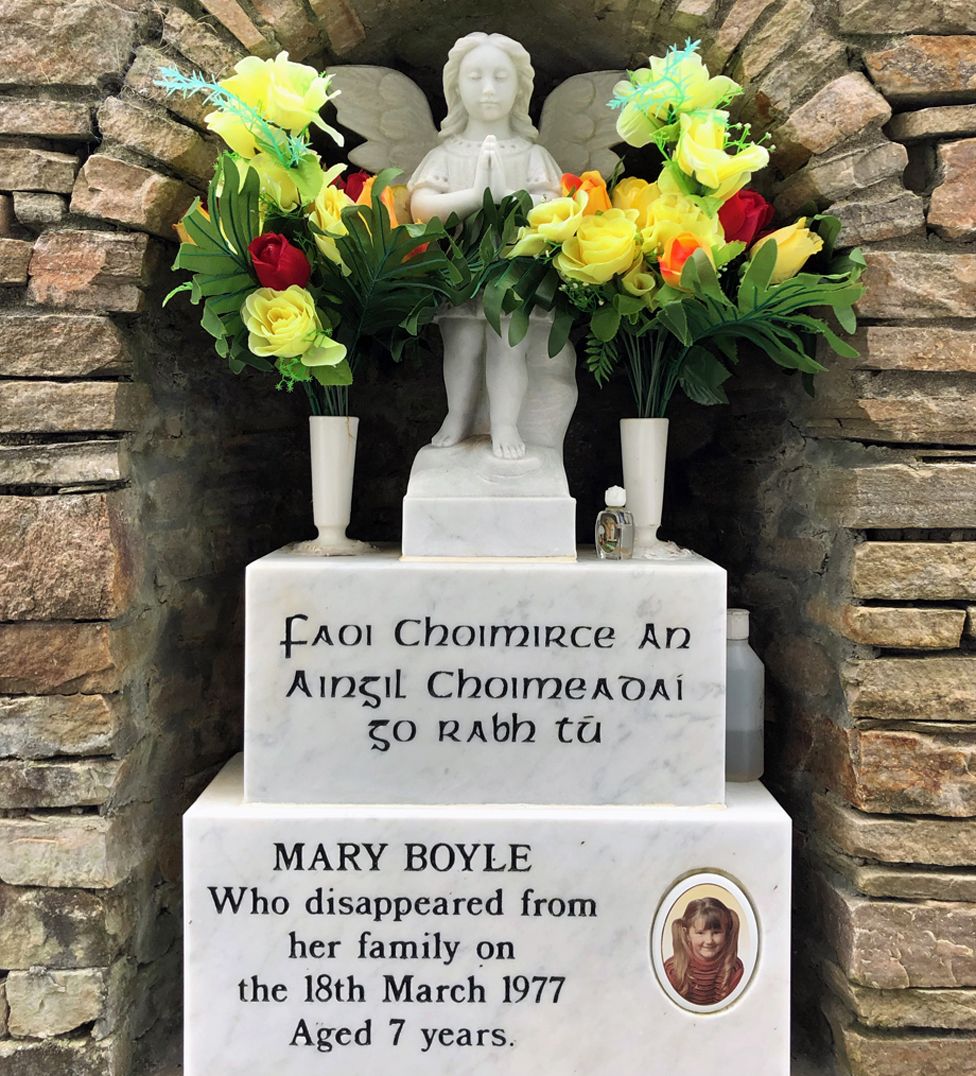 The memorial to Mary Boyle at St Mary's Church in Kincasslagh - the inscription wrongly states Mary's age - she was 6 when she went missing, not 7

Stories of missing children have a unique power to haunt the imagination - think of Madeleine McCann, another little girl who also had west Donegal connections.

Theories about what may have happened to Mary have circulated in Donegal for years, whispers that centred on the existence of paedophile rings in the north-west of Ireland.

In the 1970s those rumours were passed on as gossip in pubs - on the internet, which is the modern equivalent, those whispers spread further and faster.

One such rumour - that Mary's disappearance might have been the work of the Scottish child-murderer, Robert Black - proved extraordinarily persistent for a time but now considered not credible.

Mary's twin sister Ann Boyle and several other relatives publicly claim they believe they know what happened to Mary and who is responsible for her disappearance.

This has caused tension and a division within the Boyle family, with Ann's mother (also named Ann) publicly admonishing her daughter in 2016; calling her public appeals "...the most ridiculous carry on I ever seen in my life."

Somewhere, of course, someone does know what happened to Mary Boyle - it is a strange thought that if you read this you may be reading along with a witness whose memory may be jogged, or a perpetrator concealing guilty knowledge.