The kitchen in the house was covered in faeces and urine 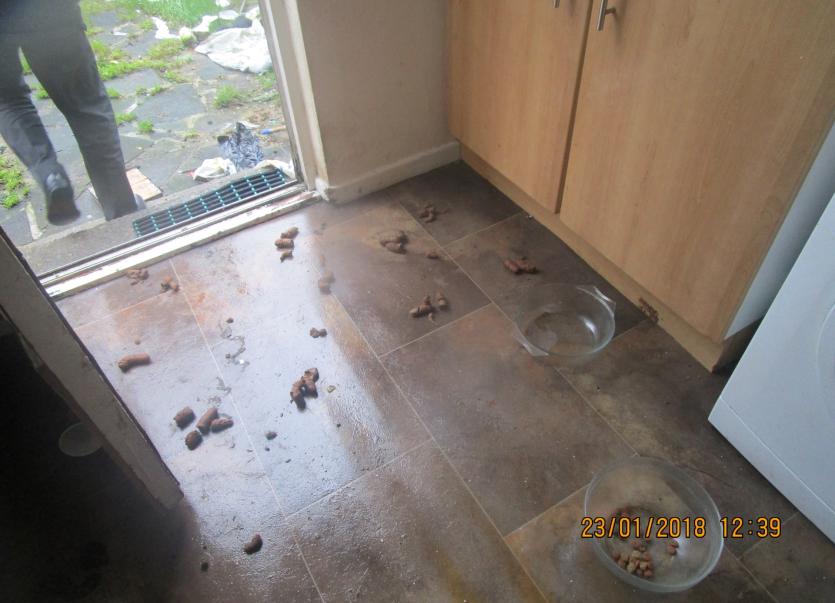 A photo from the house where the dogs were found

Two people have been sentenced for animal welfare offences following a successful prosecution by Derry City and Strabane District Council.

Gwen and Christopher McCarter, Roulston Ave, Derry, were sentenced at Londonderry Departmental Court on Thursday, March 18, 2021, having previously been convicted of causing unnecessary suffering to a dog, failure to ensure the welfare of two dogs and abandoning the two dogs, in and around January 19, 2018.

The complaint was brought against the two McCarters by Derry City and Strabane District Council under the Welfare of Animals Act (NI) 2011.

One dog, a Yorkshire  terrier type dog was dead. The dog was very dirty, matted and very thin.

The second dog, a terrier, was still alive hiding under the kitchen table and appeared quite thin.

The kitchen in the house was covered in faeces and urine. There were two bowls on the ground, one had two pieces of hard food and the other empty. There was moulded food on the work surfaces, out of the reach of the dogs.

The dead dog subsequently underwent a post-mortem and it was confirmed by Council instructed vet, that the dog died of starvation and confirmed that the other dog was likely to suffer if circumstances did not change, had it not been for the intervention of the Council Animal Welfare Officers.

The District Mullin imposed a four month custodial sentence suspended for two years on both parties and disqualified them from keeping any animals for their lifetime.