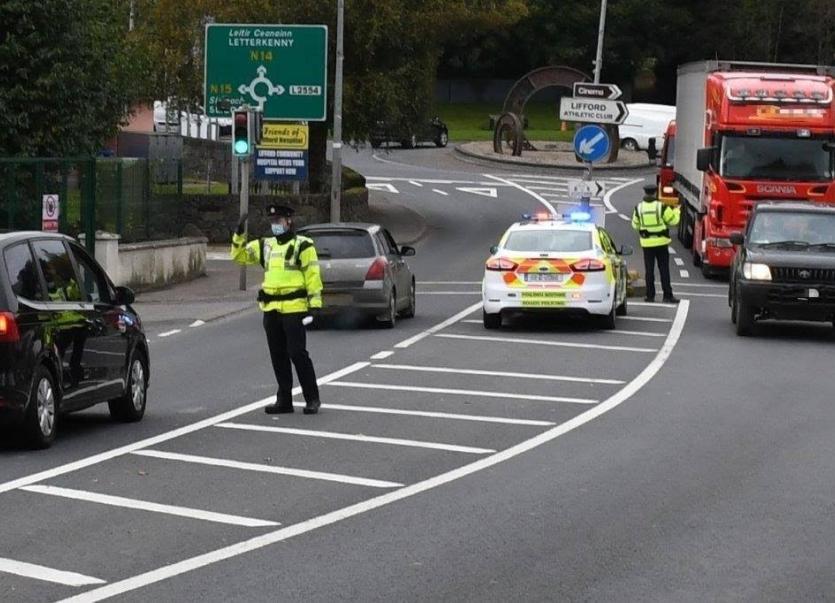 Gardaí will be out in force on national Slow Down day

An Garda Síochána will conduct a national speed enforcement operation Slow Down, supported by the Road Safety Authority (RSA) and other stakeholders here in Donegal, for a 24 hour period from 7am on Friday, March 26 to 7am on Saturday, March 27.

The aim of Slow Down day is to remind drivers of the dangers of speeding, to increase compliance with speed limits and act as a deterrent to driving at excessive or inappropriate speed.

The overall objective is to reduce the number of speed related collisions, save lives and reduce injuries on our roads.

In the period January - December 2020 there were 137 fatal collisions resulting in 148 fatalities on roads.

The higher the speed, the greater the likelihood is of a collision happening and the more severe the outcome of that collision.

"Firstly I would like to thank those who travel within the speed limits, which is necessary to save lives. While most drivers and riders drive safely and within these limits, there are unfortunately still those who do not.

"National Slow Down day is about making our roads and our communities safer. During the current Covid-19 restrictions we have seen an increase in the number of vulnerable users on our roads. Despite reduced volumes of traffic on our roads the levels of speed has increased.”

As a general rule a 1% reduction in average speed will bring about a 4% reduction in fatal collisions, and this is why reducing motorists’ speed is essential to improving road safety.

Chief Superintendent Ray McMahon added they were asking all drivers to support National Slow Down”day and not exceed the posted speed limit.

"It is vital that you adjust your speed to all the road, traffic and weather conditions which prevail at any given time. It goes without saying this is not only for one day, but for every day. We will continue to maintain our focus on non-compliant drivers as they pose a risk to themselves and other road users".

Sam Waide, chief executive, Road Safety Authority, said speeding is a factor in a third of fatal crashes each year and those most at risk are vulnerable road users such as pedestrians and cyclists.

"This means increased braking distances. In these conditions you need to slow down and leave a greater distance between you and the vehicle in front. It’s also vital that your tyres are in a roadworthy condition.

"Make sure they have not fallen below the legal minimum tread depth of 1.6mm and check the pressure regularly."

Government departments, Local Authorities, public and private sector fleet operators are invited to participate in the initiative by circulating employees with the key message to Slow Down and, whether driving for business or private purposes, to always drive within the speed limit and at a speed appropriate to the prevailing conditions.