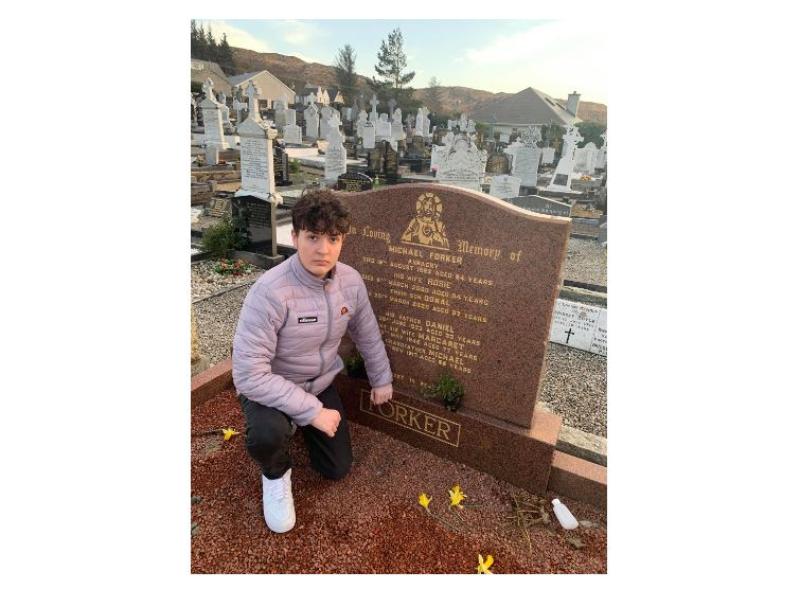 Evan Forker, 17, from Dungloe at his grandfather's graveside in Annagry following the theft of a special plaque the family had placed there in memory of this well-known Tunnel Tiger

Grieving families in Annagry and Stranorlar have been left devastated this week after grave robbers stole items from their loved ones’ resting places.

The heartless thieves took a memorial plaque, bouquets of flowers and other items of sentimental value in what appears to be inexplicable acts of vandalism.

The perpetrators who acted without a modicum of conscience or decency, have stooped to a new low and left two families, already carrying that very heavy burden of the loss of a loved one, with even more hurt and pain. 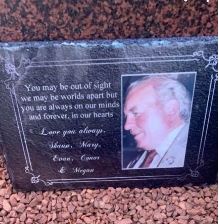 The plaque that was stolen from Mr Forker's grave 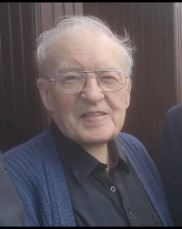 One of the deceased, Donal Forker,  was a former Donegal Tunnel Tiger while the second man, Damien Lafferty, was a popular former taxi driver.

In the late Mr Forker's case a specially inscribed plaque with his photo on it was removed from his grave.

His grandson, Evan, a 5th year student at Rosses Community School in Dungloe, said the family were distraught and upset at what had happened.

“We discovered what had happened last Saturday when the family visited his grave in the old Annagry graveyard to mark the first anniversary of his death.

“It's a heavy marble plaque so it couldn't have blown away.

“It was placed there a few months ago as we thought it would be fitting to remember him this way,” he said.

He added his grandfather was a Tunnel Tiger in his day and owned a company called Midlands Tunnelling in Birmingham.

He had been over there for several decades but returned home in the 1990s.

“It just amounts to grave robbery. We are exploring several lines of enquiry as to how the theft occurred and hope someone knows something or is able to see their way to returning this plaque.
“If this does not happen soon, I will be going to report the theft to the gardaí.”

He added: “Whoever did this has no heart or respect for other people, it's horrible.” 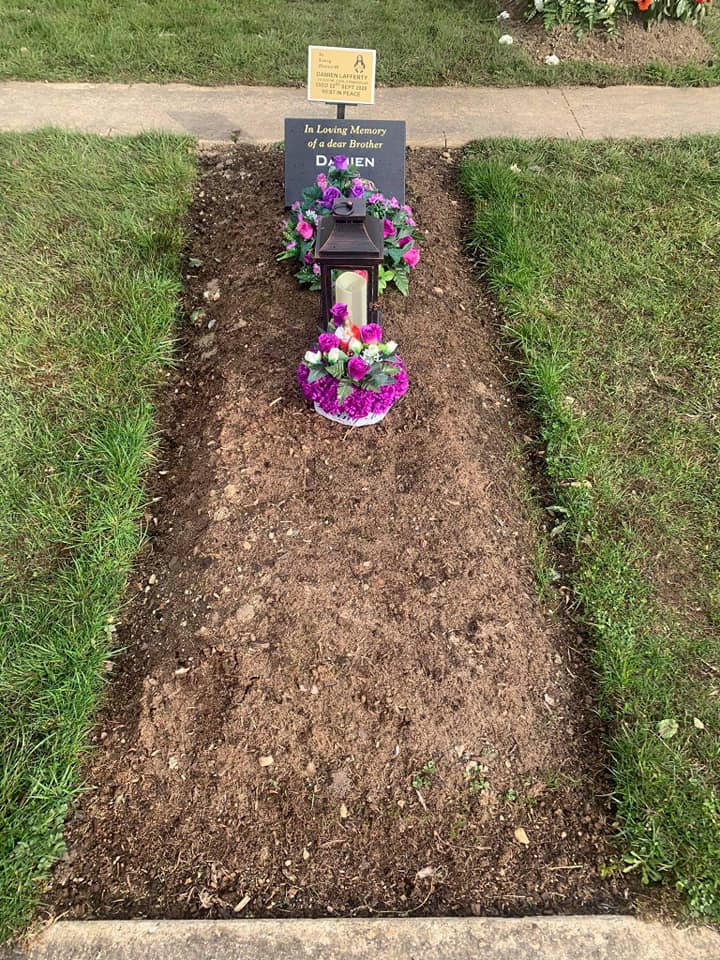 The grave that was robbed in Stranorlar. The plaque here was stolen in a second raid on Tuesday night-Wednesday morning 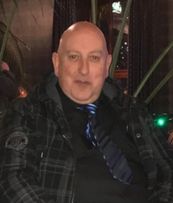 A sister of the late Damien Lafferty, Doreen McLaughlin revealed they discovered what had happened to Mr Lafferty's grave on Monday.

“My nephew, Stevie Lafferty went to the grave on Monday only to discover a number of floral tributes were missing from the grave.”

She added that her daughter, Deborah McLaughlin-Evans had taken a photograph of the grave some time earlier so they could see exactly what was missing.

“I don't know why anyone would do this. Damien was well-liked by everyone and only 57 when he died from Covid.”

Mr Lafferty, who was a native of Ballinacor, Crossroads, was also a motorbike enthusiast and highly respected for his knowledge and passion for these vehicles.

“I can't understand why anyone would want to do this to anyone else’s grave. It's somebody’s final resting place,” she said.

A plaque at the grave was also stolen on Tuesday night-Wednesday morning.

A distraught Mrs McLaughlin said the family were seriously considering reporting the matter to the gardaí.

“Whoever did this doesn't think much for a gentle caring soul,” she said