Only 14 convicted of littering offences in Donegal between 2015-2020 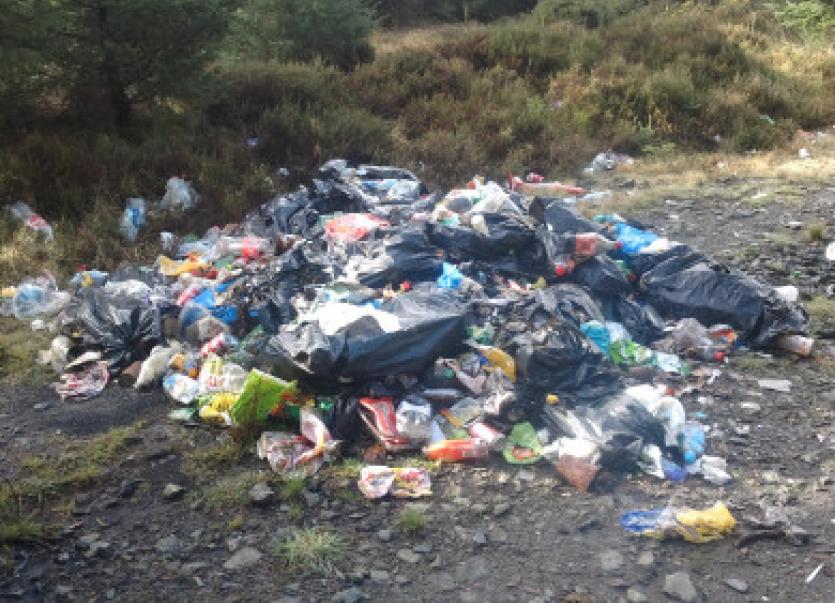 Only 14 people have been convicted of illegal dumping, littering or dog fouling offences in Donegal between 2015-2020.

The figures emerged following a question tabled at Monday's online meeting of Donegal County Council when Cllr Gary Doherty asked how many people have been successfully prosecuted by the council for these offences.

Director of water and environmental services, Michael McGarvey, said litter fines issued during this period amounted to 673; the number of these paid to date was 388; 24 cases had been initiated but only 14 prosecutions had been secured to date.

"Unfortunately a a minority of individuals do spoil parts of our secluded country lanes, quiet forest trails and other areas by illegally disposing of their waste and litter in a wholly irresponsible manner

"The Donegal public play a large role in showcasing these natural heritage assets in their best light. Over 5,300 community and Tidy Towns volunteers work in partnership with the local authority and other agencies in order to try and keep Donegal clean and green," he said.

In parallel with this enforcement work Mr McGarvey pointed out that the council delivers and extensive waste awareness campaign in order to strengthen the community approach to the issue through work on initiatives such as Green Schools, Tidy Towns activities, Environment pillar of the Public Participation Network, etc.

"Donegal County Council would like to thank the members of the public who report illegal dumping and encourage any member of the public who has information regarding any instance of unauthorised waste activity to call (074) 91 53900 from 9am to 5pm Monday to Thursday and 9am to 4.30pm on Friday.

Outside of the council's office hours or where a member of the public may wish to report an issue directly to the Environmental Protection Agency (EPA), they can make a report through the National Environmental Complaints Line on 1850 365121 or via the EPA's "See it? Say it?" smartphone app.