‘A fantastic amenity for the people of Muff’ 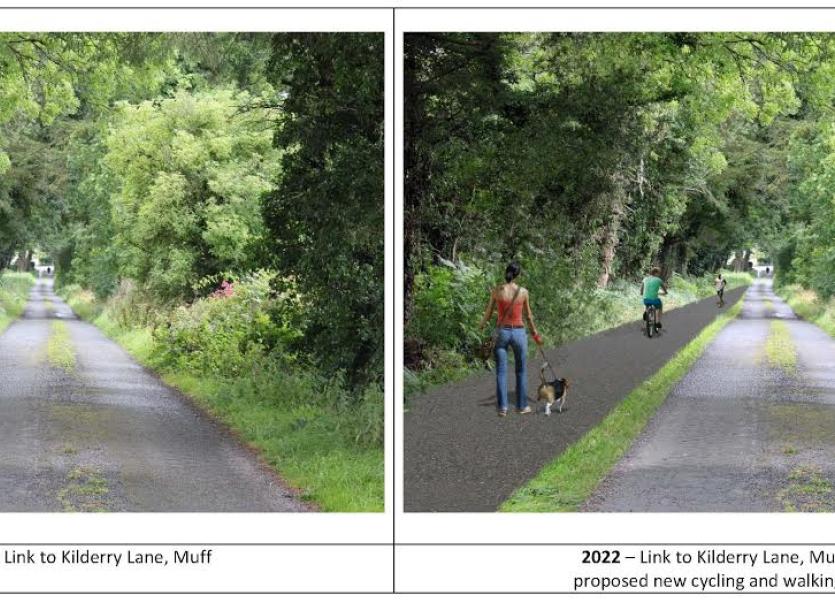 Plans to get part of the Derry-Muff Greenway 'up and running' too a step in the right direction this week with the news that Donegal County Council’s Roads and Transportation directorate has published the tender for the Muff part of the development.

The 2.3km section – of an overall 10km route – will be delivered under the auspices of the cross-border North West Greenway Network.

Works will include: segregated infrastructure, the widening of existing footpaths on the R238, new and upgraded lighting, landscaping, drainage works and the provision of bicycle parking facilities at Muff Community Park.

The route is part of 46.5kms being developed by the council in conjunction with the lead partner, Derry City and Strabane District Council.

Welcoming the announcement, the communications officer for the North West Greenway Network, Rónán Gallagher, said this project has been developed over three years and it is fantastic that this tender has now been issued.

"With a little bit of luck, construction will commence by summer.

Our goal is to encourage modal shift while reducing carbon emissions. This will provide a crucial new artery linking Muff to Derry City as well as a fantastic amenity for people living in the village.

"It is also a tangible example of how Donegal County Council is encouraging active travel and creating a sustainable future for the people living in the county," he said

With work on the Lifford-Strabane section nearing completion and the planning application for the Bridgend to Buncrana section of the Buncrana-Derry greenway due to be lodged later this year, Donegal County Council in conjunction with Derry City and Strabane District Council is taking a significant step to improving cross-border green infrastructure that will encourage modal shift and active travel across the North West Region.