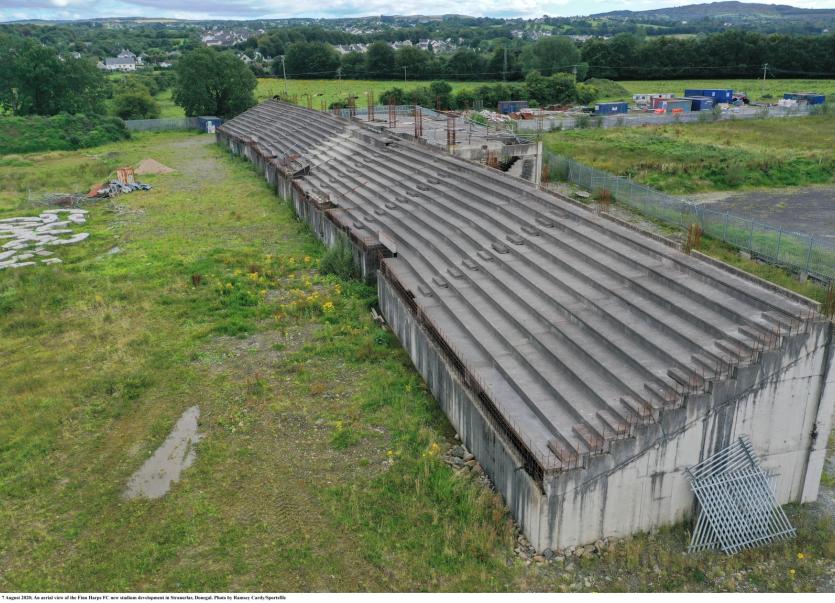 It has been confirmed that ongoing work to secure funding for the new Finn Park stadium project is complete, with a provisional allocation of €3.991m to the FAI under the Large Scale Sport Infrastructure Fund (LSSIF) for the development of the stadium.

The announcement was made by Minister for Agriculture, Food and the Marine Charlie McConalogue.

Following representations made by the Finn Park Stadium Committee, Minister McConalogue hosted a meeting between the Stadium Committee and Minister of State with Responsibility for Sport and the Gaeltacht, Jack Chambers TD in October 2020. The meeting, and ongoing discussions since the meeting, helped to clarify a way forward for the project.

Minister McConalogue commented: “Resumption of the Finn Harps new stadium construction in Stranorlar has been a priority of mine since the formation of the government.

I thank my Government colleagues Ministers Chambers and Catherine Martin (Minister for Tourism, Culture, Arts, Gaeltacht, Sport and Media), the Finn Harps Stadium Committee, the Department of Sport and the Finn Harps squad, backroom team and fans for their cooperation in moving the project to the next stage. 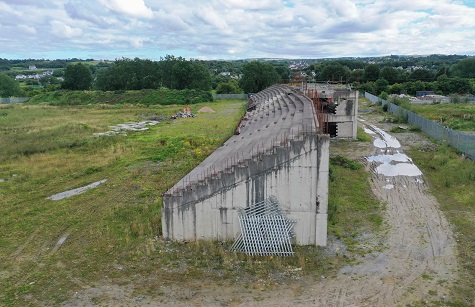 A view of some of the work carried out on the new stadium development in Stranorlar.
Photo by Ramsey Cardy/Sportsfile

“Finn Harps is an integral part of the culture and fabric of the Twin Towns and of Donegal as a whole. The resumption of this project will create local jobs and will continue Finn Harps’ storied history. This news comes during a positive time for the club and I wish the club continued success in this season and in the years ahead”.

"However, we were aware that during the pandemic there are a lot of other competing demands on the Minister’s resources. So today’s announcement is fantastic news, a really great boost for Donegal. We are really delighted that Minister Catherine Martin (Minister for Tourism, Culture, Arts, Gaeltacht, Sport and Media) has approved this funding. ”

Commenting on the announcement, Minister Martin said: “This is excellent news for the FAI, Finn Harps Football Club and the football community in Donegal. The Government is committed to investing in our sport infrastructure and we have ambitious plans to enhance investment in the LSSIF and the Sports Capital and Equipment Programme in the years ahead. “