Progress at one of Donegal's holy grotto sites looking good 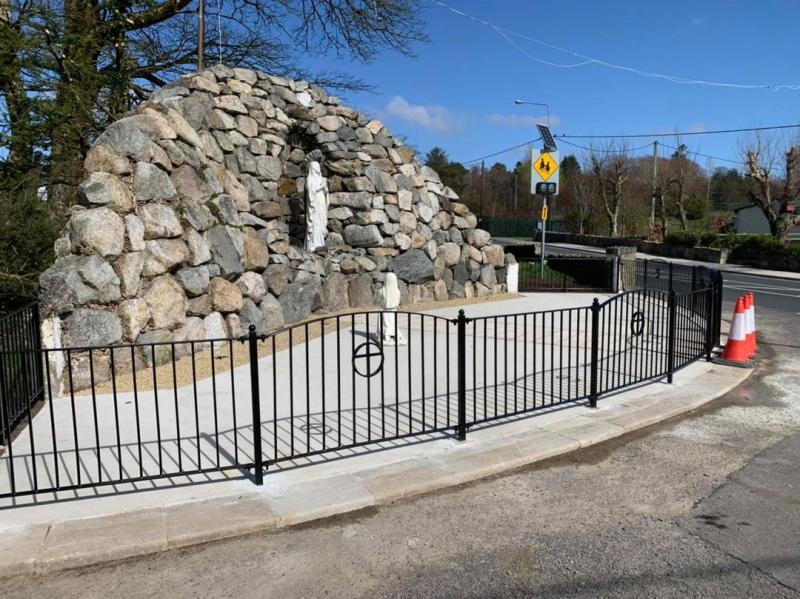 Restoration work at the Marian shrine in Glenties is almost complete

Renovations work on the popular Marian grotto in Glenties are almost complete.

The landmark and area around it has received a major facelift thanks to the Glenties Community Develoment Group's first project under the Town & Village Renewal Scheme.

Its new powder coated railings have just been put in place and really helps the structure stand out.

This work on this project had been halted for a while but was able to start again due to health and safety concerns regarding leaving the site unfinished.

A spokesman for the Glenties group said they were optimistic the work here would be finished shortly.

"We're nearly there, thanks to the great work of Kieran Kennedy and his crew. All that remains is the installation of up-lighters, a new LED halo and planters, a clean up of the statues and the project will be complete," he said.