A close shave for Jon Snow!

Animals in Need come to the rescue of neglected cats 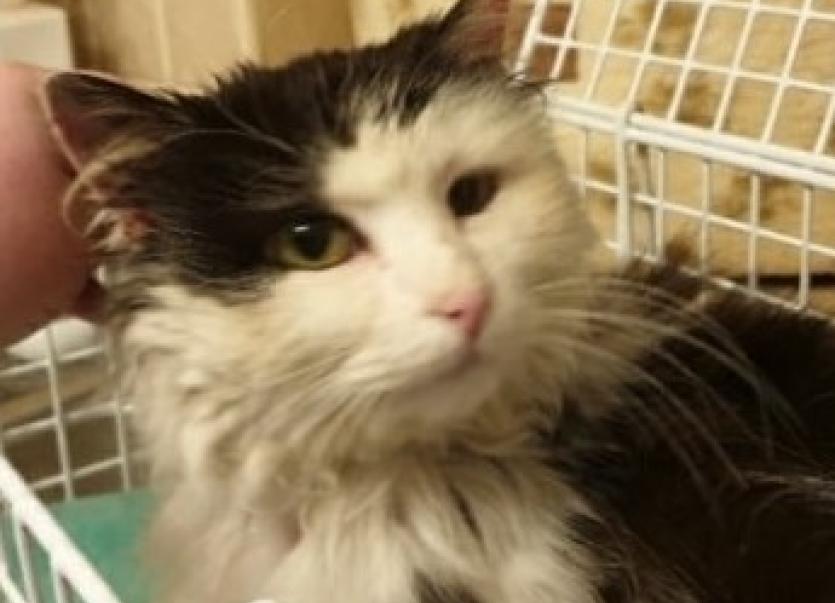 Kittens and pregnant cats normally grab the headlines at this time of year, but several neglected male cats have also been desperate for Animals In Need’s (AIN) help this week.

A stray fluffy cat called Jon Snow was brought to the Rescue on Monday of last week.

This friendly fellow was covered in thick matts all over his body and consequently had to be completely shaved apart from his head.

Jon Snow had a cut to his leg and 25 ticks imbedded in his body, which must have been extremely uncomfortable.

Ticks are parasites that bury their heads under the skin of the host animal to feed on their blood.

They can be fairly easily removed with tweezers but it must be done properly as if the head breaks off and is left beneath the skin, it can lead to infection.

This friendly cat may look forlorn with his new crop but he will be stunning when it grows back.

He has now been neutered, vaccinated and wormed and tests for FeLV (Feline Leukemia) and FIV (Feline ‘Aids’) came back negative from the vets.

The good news is Jon Snow has been booked to go to his forever home soon.

Another tom cat was rescued at the weekend.

This ten-year-old cat had been left behind when his owners moved away eight years ago and had been dependent on the kindness of strangers ever since.

People in his neighbourhood had been feeding him but he had not been neutered or taken to the vets and he was exhausted by his lifestyle.

This cat has an eye infection, cuts all over his body, fur missing and a limp.

He was so tired when he was brought in that he has spent the last few days just sleeping and eating.

Jimmy, another male cat who was rescued a few weeks ago with a mangled tail which needed to be partly amputated, is having the bandages removed from his tail this week.

He had a recent set back when he managed to remove his cone and tore out his original stitches but fingers crossed that his tail has healed now.

As AIN has a strict no kill policy, any animals that cannot be rehomed will stay in their foster home.

One such dog is Chico, a terrier who is getting on in years, and was surrendered as his elderly owner was unable to care for him anymore.

There is fantastic news about Ziva and Raven, two Lurcher pups who were found abandoned and in a terrible state in Mayo a month ago.

The three-month old pups were malnourished and suffering from mange and a heavy worm burden when they were found but thanks to plenty of TLC, they are blossoming into beautiful young dogs.

Their hair has grown back and they are full of life, bounding around their foster home and seem to have put the horrors of their first few months of life behind them.

AIN had several of their more unusual rescues this week.

Firstly, an injured kittiwake that could not fly needed help. The seabird was brought to safety then transferred to a Wildlife Rehabilitation Centre, where he will be well cared for and then released back into the wild.

AIN also responded to reports of a swan that was unable to walk. Thankfully, the swan was uninjured and just wanted to be left alone.

AIN also rehomed a two-year-old fluffy Guinea pig called Sebastian. He had recently lost his partner and was lonely but a wonderful new home was quickly found.

Mum cats Rosemary and Darcei are both doing well, as are their kittens.

Finally, AIN has launched their Easter Fundraising Animal Art Competition for youngsters. Pictures can be of any animal and in any medium and will be judged in two categories: 6 years and under and 7 to 14 years, with €30 One4All gift cards as prizes.

Entries must be received by April 10 and details on how to enter can be found on AIN’s Facebook page.

For further information on adoption, fostering, volunteering etc, please contact the main helpline on 087 1356188. For cat/kitten enquiries please call 087 7644420. Animals In Need Donegal is also on Facebook and has a website at http://www.animalsinneeddonegal.com