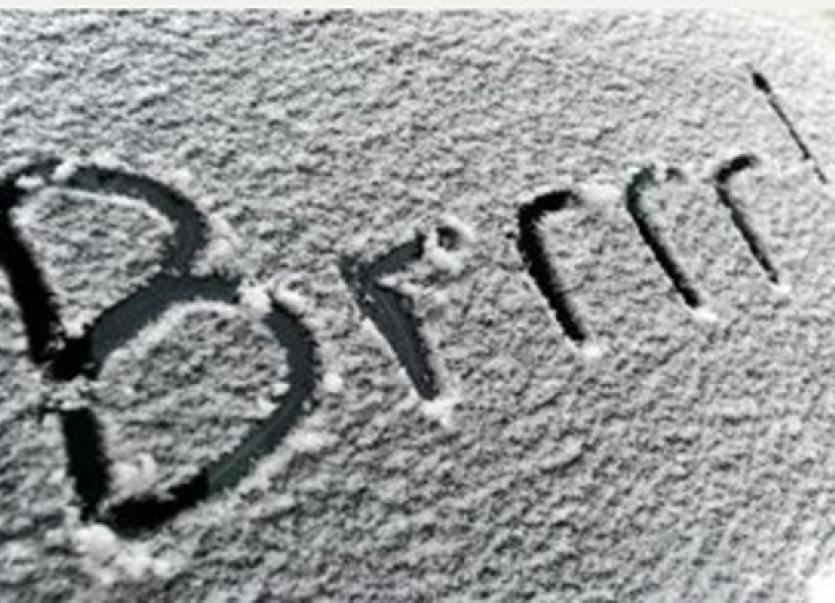 A cold start to today.

Today will see a mix of bright spells and showers. Scattered wintery showers will bring the risk hail and snow to high ground. Highest temperatures of 4 to 6 degrees Celsius, but feeling cooler, in fresh northerly winds, occasionally reaching strong near coasts.

Tonight will be cold with wintry showers (of light sleet and snow) and clear spells, showers mainly over north Connacht and Ulster at first, becoming more widespread overnight. Lowest temperatures of -3 to +1 degrees with a widespread sharp to severe frost forming and a risk of some icy stretches. Moderate northwest winds will be fresh and gusty near northern coasts.

According to Met Éireann, tomorrow will be breezy with scattered showers and bright spells, some showers wintry of sleet and snow, especially in the north and northeast. Possibility of a longer spell of rain later in the afternoon and evening in the west. Feeling cold in a fresh and gusty northerly wind with highest temperatures of just 4 to 8 degrees.

Tuesday night: Some wintry showers likely continuing for a time towards the east. Rather cloudy, with some rain at times on western coasts. Lowest temperatures of -3 to +1 degrees, with a widespread sharp to severe frost, away from Atlantic coastal fringes in the west and southwest. Light to moderate northerly winds will back westerly overnight.

Wednesday: Becoming less cold on Wednesday with generally cloudy conditions bringing outbreaks of rain, rain most persistent across the west and northwest but very patchy in the south. Highest temperatures of 8 to 10 degrees with a moderate westerly breeze.

Wednesday night: Outbreaks of rain will continue to move in from the west overnight. It will be driest and clearest across Leinster and east Munster. Lowest temperatures of 2 to 5 degrees with light to moderate southwest winds.