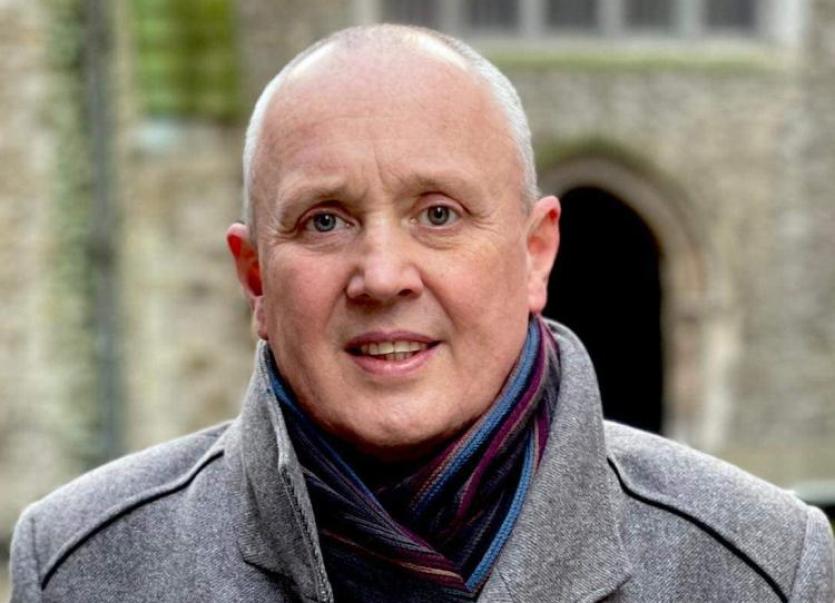 Burt cemetery holds dear too many of those we have loved and lost to 'Donegal Amy' - Says James Green.

The residents' group in an Inishowen Amyloidosis hotspot has made an impassioned public plea for the drug Patisiran to be made available to “all who require this life-changing treatment”.

In its social media post, Burt Residents (Cónaitheoirí Bheart), called upon “Minister for Health Stephen Donnelly, Chief Clinical Officer Colm Henry and HSE Director General Paul Reid, as well as our local Minister Charlie McConalogue, our TDs and all our elected representatives to urgently, loudly and unequivocally support the enabling of the availability of 'Patisiran' to all who require this life changing treatment.”

Burt Residents, said: “We, the people of Burt, Inishowen and Donegal understand and support the struggle members of our community have unfortunately faced with the battle against Amyloidosis.

“Sadly, too many people have already lost their fight with this disease.

“While the UK and other European States have recognised the value of 'gene silencing treatments' in the management of this potentially fatal illness, tragically Ireland lags behind.”

The residents' group also called on the public to comment with its support, as well as “share, tag, hashtag and tweet to all who you think can help strengthen this campaign”.

Endorsing the Burt Residents' statement, James Green, who is originally from the south Inishowen village, has lost several members to Amyloidosis and has also been diagnosed with the disease said: “I cannot say how thankful I am for your showing your full support for the hereditary Amyloidosis patients near and far, I'm one too.

“Over in the All Ireland ATTR Amyloidosis Awareness group, we are very much thinking of our very good friend Pat Tinsley from Kildare. Pat shares with us the mutation for 'Donegal Amy', as so many others on these shores and beyond.

“Easter time brings us to family. This year it is very hard watching Pat being so ill, having been denied any life-saving treatment under the HSE. Our prayers are with him.

“Hereditary Amyloidosis is a rare disease but in our family it is all too common. Burt cemetery holds dear too many of those we have loved and lost to 'Donegal Amy'. May they rest in peace. We must say, 'enough is enough.'”

Local man Andrew Wallace said it was “a disgrace” that Amyloidosis patients should have to “beg for treatments that already exist so close to us”.

The well known athlete added: “My mum and so many other past and present people deserve more respect.

“Remember this next time you vote for the current Government and that makes our wee country even more pathetic that we allowed it to happen.”

Supporting the Burt Residents' call, Gerard Callaghan hoped “the people in power” could play their part in bringing the campaign for Patisiran to a successful conclusion.

He said: “The treatment should be made available to everyone in Ireland who needs it, many families have suffered too much already.”

Meanwhile, Alnylam Pharmaceuticals has provided a reactive statement to Inish Times following our recent coverage of the Amyloidosis issue.

A spokesperson said: "We were sorry to hear that Pat Tinsley has been admitted to hospital following a fall, and we send our thoughts and best wishes to Pat and his family at this difficult time.

“Following the disappointing decision of the Health Service Executive (HSE) Drugs Group not to recommend the reimbursement of patisiran in Ireland for the treatment of hereditary transthyretin-mediated amyloidosis (hATTR amyloidosis), Alnylam Pharmaceuticals submitted a revised and final offer for consideration on 5 March, 2021. We hope that a speedy resolution can be reached and look forward to hearing back from the HSE.

“hATTR amyloidosis is a life-threatening disease where every day counts. While rare, the prevalence of the gene that can cause hATTR amyloidosis is thought to be notably higher in Ireland than other countries, highlighting the pressing need for new treatment options for those affected.

“Alnylam hope that a decision for Patisiran’s reimbursement is made by the HSE as a matter of urgency so that the therapy can be made available to eligible patients as soon as possible.

“It is now well over two years since patisiran received European Marketing Authorisation in August 2018 and this pioneering medicine is now broadly reimbursed across Western Europe, including in Northern Ireland and other parts of the UK.

“Alnylam has made several financial offers to the HSE as well as providing additional data that further reinforce the efficacy of this medicine. We believe there is a compelling case to make patisiran available now to patients who might benefit.
“We look forward to concluding matters as quickly as possible to bring Ireland into line with the rest of Western Europe.”