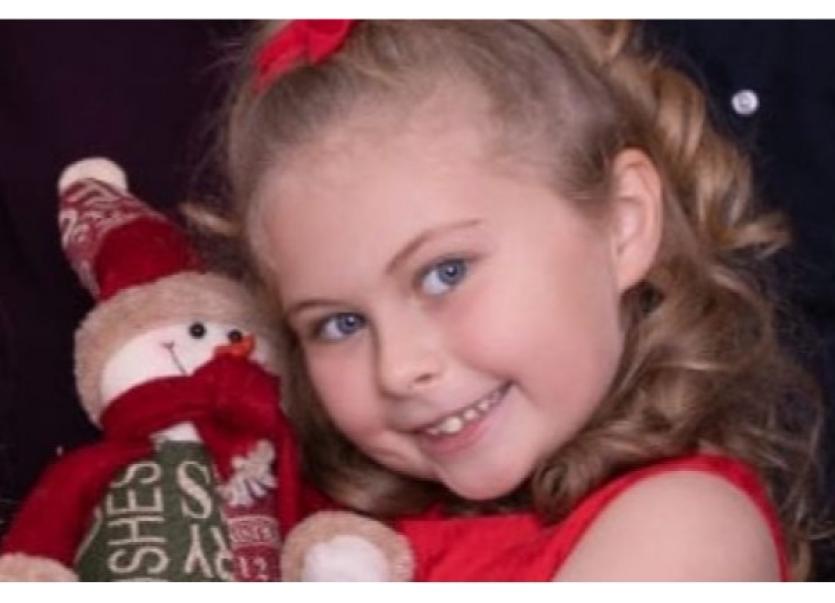 Donegal fiddlers are putting on a special online concert tonight to help one of their own – fiddler Caitlin Strain (8) from Burnfoot, who has been diagnosed with a brain tumour.

The ‘Concert for Caitlin’ is part of the campaign to raise funds to help with Caitlin’s treatment. Following radiotherapy, there will be a programme of chemotherapy.

Rab Cherry of Cairdeas na bhFidiléirí, who is organising the concert, said the entire fiddle community in Donegal and beyond want to help out.

“It’s been a big shock to everyone to hear about Caitlin’s diagnosis and we’d all like to support her and her family at this time,” he said. “Caitlin is a great wee fiddler herself, and so are her sisters and brother.

“Her father Thomas is a well-known player and composer of tunes. Her mother Eimear is from the musical Gibson family of St Johnston, a sister of the fiddler Seamus Gibson and a niece of the late Tommy Peoples.

“The Strains are a lovely family and well-known to everyone who attends the annual Donegal Fiddle Week in Glencolumbkille. We’re all rooting for Caitlin at this time, and wishing her all the best with her treatment and recovery.”

The line-up for the fiddle concert is still being finalised. It will include Mairéad Ní Mhaonaigh of Altan; husband and wife Ciarán Ó Maonaigh and Caitlín Nic Gabhann, also from Gaoth Dobhair; Aidan O’Donnell, originally from Dunkineely, who plays with Ciarán in acclaimed Donegal fiddle trio Fidil; Bríd Harper, originally from Castlefin; and the Diamond family (Carrick).

Inishowen will be represented by Roisin McGrory, her daughter Ella and brother Damien Harrigan, among others. From Derry there’ll be Peter Tracey and from County Derry Maurice Bradley on fiddle and Ciaran Kelly on accordion.

Rab said recordings for the concert have already started coming in.

“There’s been a tremendous response to this idea of a ‘Concert for Caitlin’ and it promises to be very special. I’ve received videos already from Ronan Galvin in Dublin and Derek McGinley, who’s originally from Mín A’Chearrbhaigh in Glencolumbkille parish.

“It may well be that we’ll be putting on more than one event for Caitlin.

“We’re happy to do what we can to help her and her family at this time.”

The ‘Concert for Caitlin’ will be hosted on the Facebook pages The Fiddle Music of Donegal and Cairdeas na bhFidiléirí tonight at 8pm.