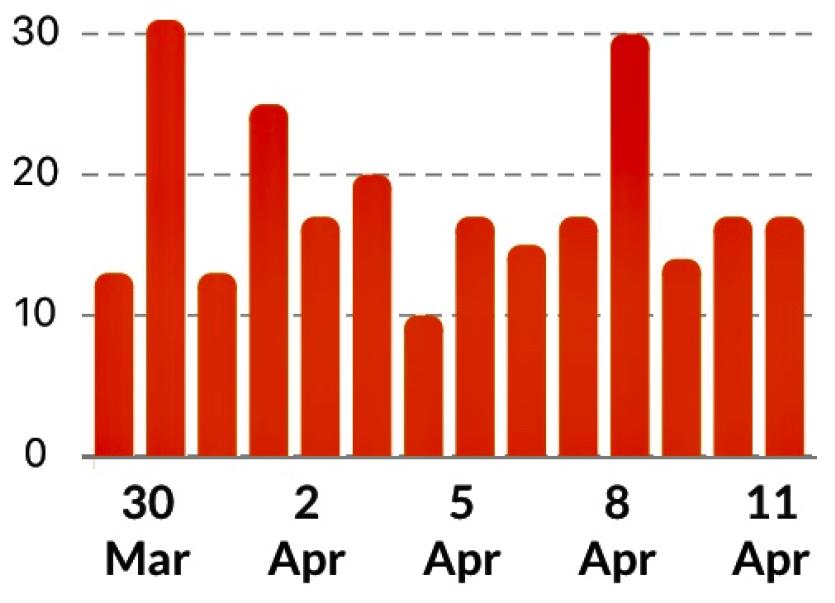 With the announcement that the Astra Zeneca Covid-19 vaccine will now only be made available to the over 60s, the decision has led to widespread confusion over its distribution.
Just a few short weeks ago, it was recommended that it should not be used with patients over the age of 70.
This effectively narrows the age range of recipients to 60-69 years.
However those who have already received their first jab of the vaccine have been told that they should, in most circumstances, go ahead and get a second follow AZ vaccine, when offered.
There are around 400,000 people in their 60s in Ireland who will be offered the AstraZeneca vaccine.
Tanaiste Leo Varadkar says he’s no hesitation in urging people to take the AstraZeneca vaccine and would personally take it if offered.

And Immunologist Professor Luke O’Neill is also urging people in their 60s to take it.
Last night (Tuesday) the HSE issued a further statement:

"The HSE wrote yesterday evening to Hospital Groups and Community Healthcare Organisations to advise that all Astra Zeneca Covid-19 Vaccination Clinics planned for today, April 13th, should be cancelled following receipt of updated guidance received from the National Immunisation Advisory Committee, and the Department of Health, yesterday evening.

"We have today further advised Hospital Groups and CHOs to cancel all AstraZeneca clinics, except those arranged for certain people over the age of 60, for the remainder of this week as we work to reconfigure our rollout plans to take in to account the latest NIAC guidance.

"Some clinics will be in a position to proceed with the vaccination of patients over the age of 60 this week, in line with the new guidance, and in these cases individuals will be contacted directly by their vaccination centre to arrange their appointment.

"Anybody who is due to attend an Astra Zeneca clinic, and who is not contacted directly in advance, is therefore advised not to attend.

"We will be in contact with such patients in due course to rearrange their appointment at a later date. We apologise for any inconvenience."

In a separate interview with RTÉ's Today with Claire Byrne yesterday he explained that the decision by the National Immunisation Advisory Committee (NIAC) was made on a "safey-first" principle.
He added that the measure should offer reassurance rather than concern. He explained that for the over 60s the risks of side effects "is essentially really, really small".

On the same radio programme Dr Niamh O'Connell, a consultant haematologist at the National Coagulation Centre (NCC) in St James's Hospital, said "there is absolutely no evidence" that people who have a history of clotting are at an increased risk by receiving the AstraZeneca vaccine.

The changing narrative can be garnered In a statement issued by the HSE as recently as March 4, when they then indicated that the make-up of the AstraZeneca vaccine for Quarter 2 forecasts was projected to be 21% of the total vaccine doses administered.
Undoubtedly there will now be large ramifications in how quickly the population of Donegal will be vaccinated, based on the changes announced this week.

The AZ vaccine has been plagued with issues since it was first mooted as an early response to the gripping pandemic that has caused utter havoc through this country and the world over the past 13 months.
The vaccine was mainly in the news earlier in the year regarding its slow distribution, other than in the UK, but since then concerns that it, in very rare cases cause a form of cerebral clot, surfaced.

The overriding consensus among health professionals is that the benefits of the AZ vaccine far outweigh any  risks involved in taking the vaccine.
The Tanaiste also said that we should know in a few days if this change to the AstraZeneca rollout will have an impact of the Government's target to vaccinate 80 per cent of the adult population by June.

Pause of J&J vaccine in the United States
In a separate but related development yesterday, federal health agencies in the United States have now recommended pausing the use of Johnson & Johnson's Covid-19 vaccine.
It was reported that six recipients developed a rare disorder involving blood clots.
The six recipients were women between the ages of 18 and 48, with symptoms occurring six to 13 days after vaccination.
This latest development could further hinder the country achieving levels of Covid-19 protection necessary to fully reopen society in the coming months.