Heightened interest in birds during lockdown and pandemic in Donegal 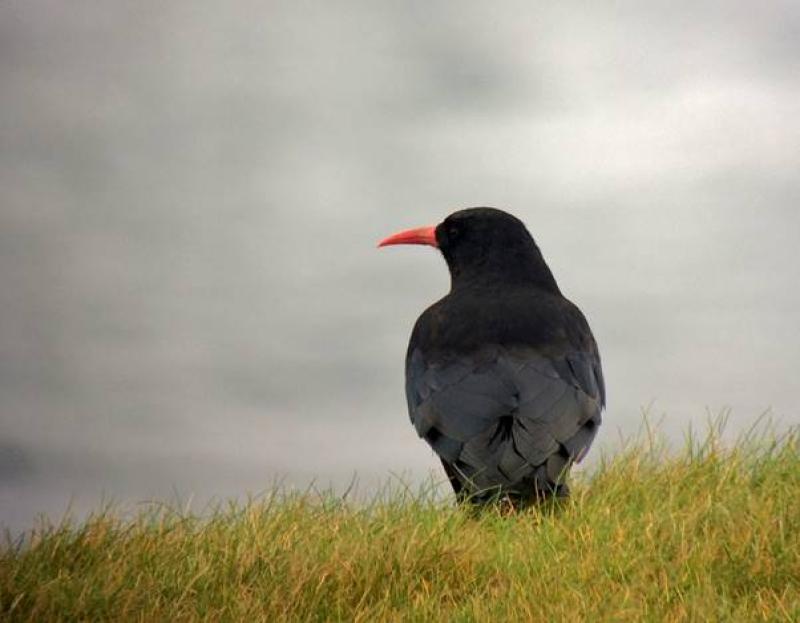 The red-billed chough is one of our most charismatic birds but one which is probably most familiar to those living along rugged Donegal coastline.

And now a national assessment is taking place of these birds at a time when Donegal people have taken an even more keen interest in birds and nature in general as a result of lockdowns and restricted movement because of the Covid-19 pandemic.

The chough is a scarce bird associated with coastal fringes from Donegal to Wexford.

Fewer than 850 breeding pairs along our coastline from Inishowen in Donegal to the Saltees in Wexford – they are very much a bird associated with western Atlantic coastal grasslands.

A member of the crow family, choughs are true invertebrate specialists with a striking and delicate decurved red bill (and matching red legs) designed to probe the top layer of short coastal grasses for insects – liking leatherjackets, spiders and, where they can get them the insects associated with cow pats.

To a young Chough a cow pat is like a burger! Choughs are totally harmless to livestock and farming activities and are an amazing character of our coastal skies. 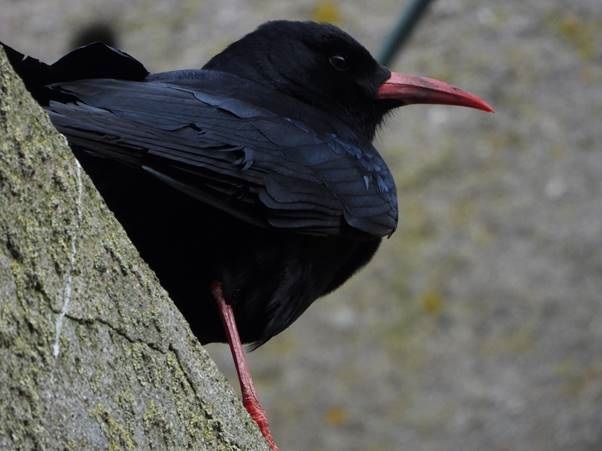 Because of their dependence on short-cropped coastal grasslands such as clifftops, grazed cliffs, dunes and exposed islands, the extensively managed and relatively mild Irish coastline provides good feeding opportunities throughout the year and good nesting opportunities on our cliffs.

Agricultural improvement has led to Chough declines – a century ago they used to occur all around the Irish coastline, including the ‘soft’ eastern coastline from Wicklow to Antrim – they have been extinct in most coastal counties there for more than 100 years and the last remaining pair in Northern Ireland – on the cliffs of Rathlin Island in Antrim – disappeared in 2017.

Bird experts need to periodically take stock of the population, to know how they are faring, and to use this information to inform their continued conservation. Holding nearly 60% of the Northwest European population we have a legal obligation to do so.

From April to July 2021 KRC Ecological and ALC Nature will be running a national survey of these birds on behalf of National Parks & Wildlife Service all around the Irish coastline.

Aside from having the distinctive red legs and red decurved bill, chough have a buoyant, butterfly-like flight and profile (a little different from other crows), shiny black plumage and a distinctive high pitched ‘cheouw’ call.

Dr Sinéad Cummins, the scientist in NPWS Science Biodiversity Section leading the project said “we are very pleased to be undertaking a national assessment of these characterful birds this year. The data gathered is very important to ensure that Ireland can meet its international obligations to protect and enhance the small and precious population of Chough around the Atlantic coastline of Ireland.”

In some areas Chough nest inland, away from the coast on inland cliffs, in farm buildings, bridges and abandoned houses. The Survey team would be very keen to hear about any observations people may have of these birds, especially relating to birds nesting in areas away from the coast.

Observations can be reported at bit.ly/ChoughSurvey21, email choughsurvey@gmail.com or call the 089 278 5603.

The last national survey of Chough recorded 840 breeding pairs and a further 760 non-breeding birds around the coastline in 2002-3. Now, some nineteen years later, National Parks & Wildlife Service have commissioned KRC and ALC Nature ecologists to undertake this survey between April and July 2021.

During that time NPWS regional staff, together with professional surveyors and volunteers, will cover the many thousands of kilometres of coastal cliffs, dunes and islands to count breeding and non-breeding Chough. 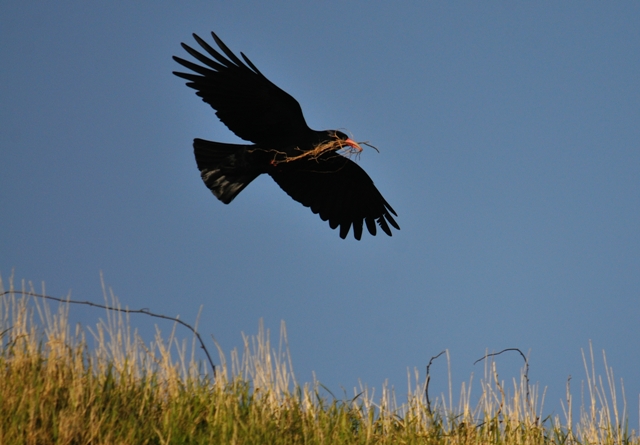 Choughs were formerly widespread along the entire coastlines of Britain and Ireland and are now confined largely to the less agriculturally improved western coastal of both islands. The main Scottish population is on the island of Islay is the nearest to Ireland – here numbers have dropped dramatically in recent years and there are genuine concerns that the population may go extinct.

This is primarily due to mortality of young birds during their first few months; this critical period from leaving the nest in June/July until October are the toughest for young Chough and they struggle to find enough insect food to be able to survive through to and over the harsher winter.

Almost twenty years since the last full national survey, this is a very important monitoring project to understand how the population are doing regionally and nationally.

There have been many changes in farming in the intervening period, Birds Directive Special Protection Areas have been designated for Chough all around the coastline and, regrettably, we know that Chough are extinct from Northern Ireland.

Without disturbing birds, professional surveyors and NPWS conservation staff will identify locations of breeding chough on coastal and inland sites between Inishowen in the NE of Donegal and the Saltee Islands off Wexford, surveying sections of coastline and offshore islands twice between early April and mid-June.

There is some evidence that Chough in some areas are making use of manmade structures for nesting – adapting to the shelter and cover provided under bridges, farm shed roofs and the like. We are keen to document these records and are appealing to the public for information which would be otherwise be very hard to collect.

Further information on this project is available by emailing choughsurvey@gmail.com

A special webpage for members of the public to submit their sightings of Chough can be found here bit.ly/ChoughSurvey21