"Monarchism is not only outdated but it is toxically undemocratic" - councillor 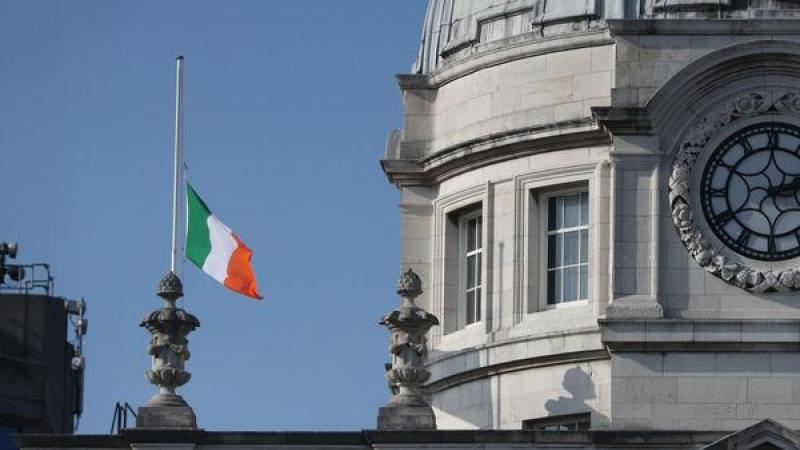 Independent Republican solialist councillor, Micheál Choilm Mac Giolla Easbuig, has lashed out at the Government's decision to fly the tricolour at half- mast last Saturday.

It was done, says the Taoiseach's office, as a mark of respect to His Royal Highness, Prince Philip, Duke of Edinburgh whose funeral took place that same day.

The national flag was lowered to half-masted on all State buildings equipped with a permanent flagpole, something the west Donegal public representative was definitely not in favour of.

"It’s time that for us in this country to have a discussion about our relationship with Britain’s royalty. The fact that the Dublin government, under advice from the Department of the Taoiseach, ordered that the tricolour would fly at half- mast on all state buildings to mark the death of Britain's Prince Philip is ridiculous.

"Apart from appearing on ceremonial occasions and happening to be married to the Queen of England, the Duke served no purpose.

"Why therefore does this Government feel it necessary to offer such a tribute to the spouse of a foreign head of state?

"There’s no point saying that Britain is our nearest neighbour. Take a look for example at another near neighbour of Britain. Twenty-one miles over the Dover straits is the French Republic. Were the flags lowered over Paris?  Well, of course they weren’t and why would they be.

Cllr Mac Giolla Easbuig added claimed the fact that the Government and its supporters showed such subservience to the British monarchy is not only a sign of a neocolonial mentality still beholden to its old masters but is also designed to perpetuate an ugly class system.

"Monarchism  is not only outdated but it is toxically undemocratic. The concept (and practice) that anyone is born to rule is used in Britain to provide spurious justification for the maintenance and privilege of a greedy ruling class. This is a perverse view of society with which the Irish ruling class is all too comfortable."

He added: "For those of us interested in and committed to building a fair and equitable society, there can be no compromise with monarchism. We need to have an honest discussion and we need to have it now."