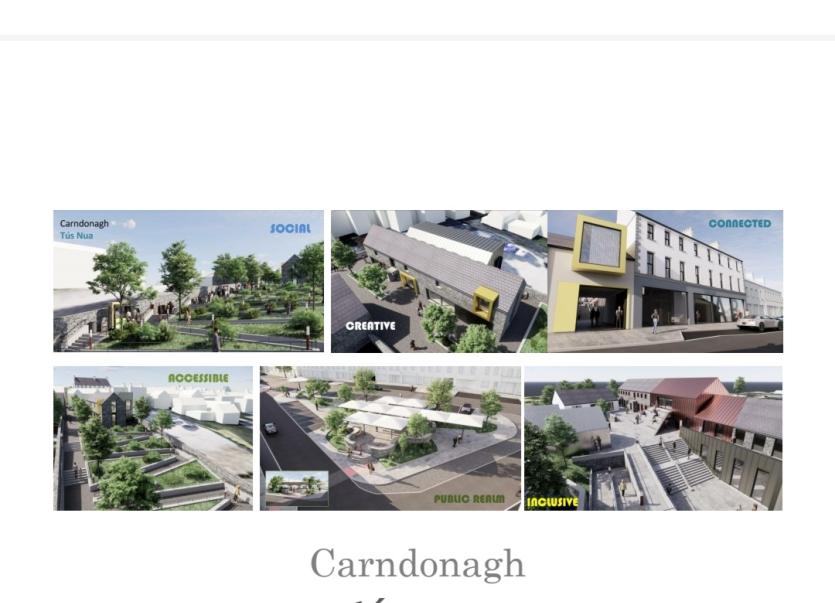 ​The partnership of Donegal County Council and Spraoi agus Spórt in bringing about the Carndonagh TÚS NUA Town Centre Regeneration Project has received much praise.

Speaking to Donegal Live about the recently announced project, Cllr Bernard McGuinness (Fine Gael) said he wanted to thank Minister Heather Humphreys [Minister of Social Protection, Community and Rural Development and the Islands] for allocating Rural Regeneration and Development funding of €8.2 million to the proposed Project.

Cllr McGuinness said: "Thanks must also go to Joe McHugh TD and Minister Charlie McConalogue, who have leveraged major funding for Inishowen. Donegal County Council and their Regeneration Team are also to be commended, as well as their partners, Spraoi agus Spórt. Both organisations have worked magnificently well together on the Carndonagh Town Centre Regeneration Project.

"We needed both the Council and Spraoi agus Spórt to be involved in this project. Paul Kelly led the Donegal County Council team and Helen Nolan and Patricia Lee led the  Spraoi agus Spórt team, which brought the Social Inclusion element to the project. The cooperation between these two groups was fantastic and extremely important. It was also good to have the involvement of Carndonagh Community School and the other schools in and around the town.

"Spraoi agus Spórt carried out public consultation on the Regeneration Project and Donegal County Council had responsibility for planning, which also involved public consultation. People all over Carndonagh were involved and were, very, very supportive all the time.

"There is no question the Regeneration Project will bring life back to Carndonagh Town Centre. Carndonagh is the main market town in Inishowen and the heart of the peninsula​. For instance the McDonagh site is lying vacant now for more than 20 years and there are outbuildings there which are all going to be incorporated in the TÚS NUA project, which includes a digital hub, Fab Lab, a working hub and a creative hub. In addition there will be public toilets and changing facilities.

"It is an absolutely fantastic project, not least because of the pedestrianised street from Bank Place down to SuperValu. It will probably take a couple of years for the project to come to fruition and I am really looking forward to that," concluded Cllr McGuinness.​