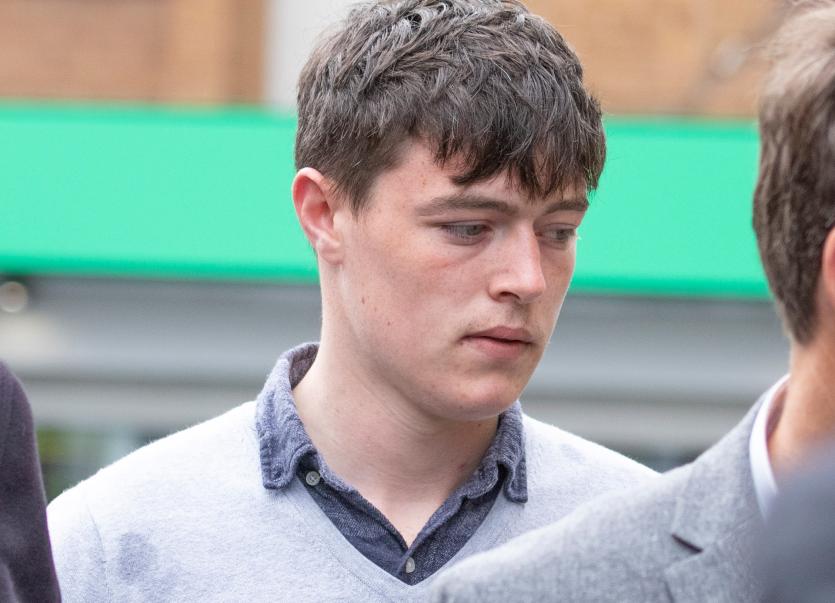 A 23-year-old Fermanagh man has been jailed for five years and three months for causing the deaths by dangerous driving of two of his friends in a road traffic collision in Bundoran in 2018.

Shiva Devine of  Belleek, who was originally from Donegal Town, and Conall McAleer from Kesh, Co Fermanagh, both aged 20, died in the collision at  Single Street, East End, Bundoran just after 3am on August 19, 2018. Their friend, Rachel Elliott,  from Ballinamallard, Co Fermanagh, suffered life-changing injuries.

Ms Elliot, who attended the hearing in a wheelchair, wept audibly in the court as Judge John Aylmer handed down his verdict.

At a previous hearing, the judge heard evidence the car had reached speeds of up to 121km/h before the crash.

The court previously heard the friends had been socialising in Fermanagh before travelling to Bundoran to go to a nightclub.

Afterwards, six of them got into the blue Peugeot 306  Mr Gilroy was driving.  He had taken over driving the car from Belleek to Bundoran from Conor Brennan, the owner.

The car travelled just 550 yards before it hit a kerb,  went sideways, hit a wall and hit the corner of another building. Forensic evidence estimated that the car increased in speed as it travelled through bends on a continuous white line before the driver lost control.

Five occupants, who were not wearing seatbelts, were thrown out of the boot of the car when it became detached.

The front-seat passenger remained in the car and was able to get out of the car himself. Mr McAleer and Ms Devine died at the scene.

Mr Gilroy fled the scene before gardaí arrived. After hiding  in the vicinity of the Great Northern Hotel, he phoned his father Brendan in Fermanagh, who brought his son back to the location of the crash. He admitted being the driver of the car and was arrested.

Sentencing Mr Gilroy, Judge Aylmer said the aggravating factors in the case were that he had been disqualified from driving for a year a short time previously for dangerous driving and had admitted drinking three vodkas at a time when he was a designated driver.

The judge said the defendant had accelerated from a standing start to a speed of over 75 mph on a winding road before he lost control. He also left the scene as emergency services arrived. While he was in an extreme state of panic, he returned to the scene but had been away long enough not to be tested for alcohol, the judge said.

He said the driving on the night must be viewed as aggravating circumstances.

The judge said the fact the car was overloaded and none of his passengers had been wearing seatbelts was also an aggravating factor.

Judge Aylmer said the offence was at the high end of the scale and merited seven years in prison. Among the mitigating factors were his full cooperation with the investigation, the early plea of guilty and his obvious remorse and guilt. The judge said the length of disqualification will also serve as a degree of punishment.

The judge said references showed that Mr Gilroy, who is expecting a child with his partner in October, was a hardworking young man who had been pursuing a career as a stonemason and had previously worked as an electrician.

Judge Aylmer also said there had been “an extraordinarily charitable attitude” from the families of the victims to Mr Gilroy.

The judge imposed a custodial sentence of five years and three months as well as a 20-year disqualification from driving.

A concurrent sentence of four months was imposed for driving without insurance and as well as a concurrent two-year disqualification. The charges of driving without a licence and failing to report an accident were taken into consideration.