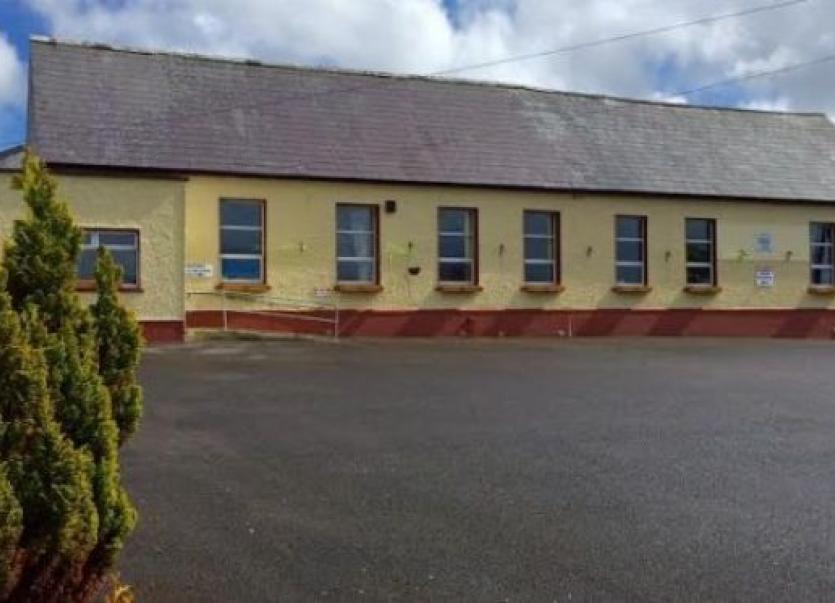 The long-awaited allocation of funding for the new facility at the Cleary Centre for adults with intellectual disabilities has finally come through.

A capital budget of €2.4m has been approved for the project, to include design, construction, equipment and all associated costs.

In 2016, the users were moved to a temporary facility on the promise that a state-of-the-art centre would be built at the old site. They were told this would be completed within five years. That was in 2016, and those five years have passed with little progress - until now.

Mary Gorman from the Cleary Centre Parents and Friends committee said: “After all this time, I could hardly believe my eyes when I saw the email yesterday evening.

“I started phoning around all the parents to let them know. We are all absolutely delighted.”

Ms Gorman received the good news from Deputy Pearse Doherty (SF) who raised the matter with the HSE on a number of occasions.

The response he received on Monday came as a result of his recent question to the HSE.

Ms Gorman said: “Pearse Doherty would have raised the matter in the Dáil for us on a number of occasions. When we ask questions ourselves, we don’t get the answers but when it is asked in the Dáil, it has to be addressed.”

Deputy Doherty has issued a statement welcoming the funding, but says he will continue to follow up on the matter. He also called for immediate progress in relation to the building of the new Cleary Centre, which is currently being used by the HSE as a Covid-19 test centre thanks to the cooperation of the Parents and Friends committee.

Deputy Doherty said: “This new centre has been mooted for some time and there is no doubt that such a service is badly needed in the south west of the county. I wrote to the HSE asking whether there had been funding allocated and what the associated time frames for the project currently were.

“In particular, I asked for an update of the progress made with the application for funding to progress the design of the new centre and for confirmation that funding had been ring fenced.

“On Monday, I received a response from the HSE stating that the approved capital budget for this project is currently €2.4m.”

There will be an initial allocation of €100,000 for expenditure in 2021, with the remainder to follow.

HSE Estates confirmed to Deputy Doherty that they would progress procurement of the full design team to enable the project to progress this year.

“I will continue to follow up on this,” said the TD.

“Again, I am urging the HSE to expedite matters as much as possible so that immediate progress can be made on this project as soon as possible. We can’t have any further delay.”

Ms Gorman also acknowledged the support of other councillors and TDs in the area, including Cathaoirleach of Donegal MD, Cllr Micheál Naughton (FF).

Cllr Naughton welcomed the allocation of funding, saying: “Over three years ago we met with the minister and I’m delighted that today we have secured this funding.

“l would like to thank Minister Anne Rabbitte TD for delivering this, also to Mary Gorman and all the committee for their hard work over the years. This is a great day for them and all the people that will use the centre.

“It’s another great day for Donegal Town; thanks to all for making this happen.

The Cleary Centre at Drumlonagher on the Ballybofey road building was originally built as a primary school and it is more than 100 years old.

It was used for a time as a factory before being bought by the South Donegal Parents and Friends Association in 1991. At that time, the North Western Health Board chose to refurbish it rather than provide a new building on the site as originally planned.

In 2014 the building was deemed unfit for purpose and the HSE announced plans to relocate the service users to a number of different centres across south Donegal.

This plan to break up the close-knit Cleary Centre community and to bus the users to other centres further afield was met with much dismay.

The Parents and Friends Committee with support from local representatives and the wider community fought hard to keep the service users and staff together. They even travelled to Dáil Eireann to protest their opposition to the plans, and have been in constant communication with various agencies to ensure a future for the Cleary Centre.

The group succeeded in getting an agreement from the HSE to keep the group together, to provide temporary accommodation, and to replace the old premises at Drumlonagher with a purpose-built centre within five years.

At present, service users remain in temporary premises at Lurganboy.

There have been many bumps along the road to this week’s funding announcement. One of the biggest blows came in 2018 when the group discovered that a commitment to submitting the project for capital funding in that year had not been fulfilled.

However, the tenacity of the group and the support of public representatives looks to have finally paid off.