The casualty was airlifted to Letterkenny University Hospital 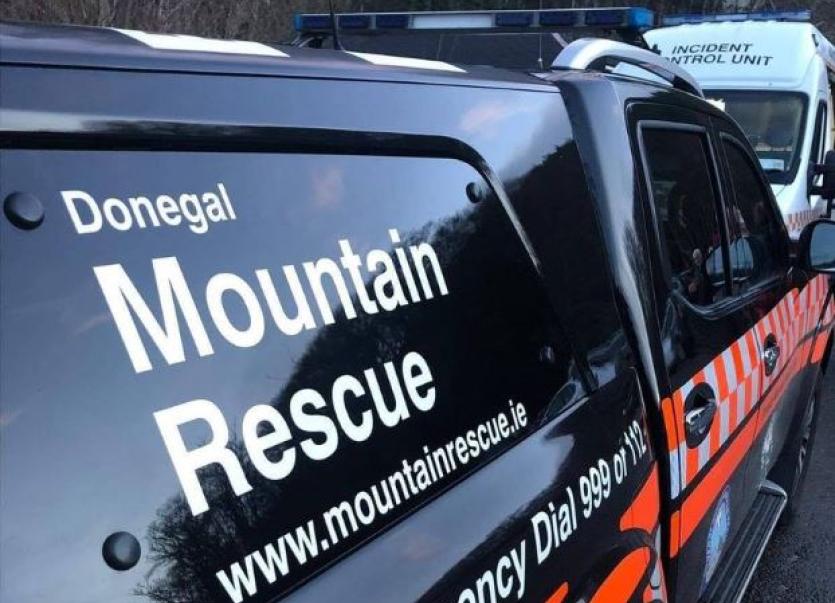 Members of the Donegal Mountain Rescue Team (DMRT) were called out on Wednesday evening to assist an injured walker in the Altan Farm area.
The mountain rescue team received the call from the National Ambulance Service at 19.45hrs.
The team subsequently made their way to the location which is located on the back of Errigal road, the road which runs between Gaoth Dobhair and Letterkenny.
Weather conditions were favourable at the time.
The casualty was subsequently airlifted by helicopter 118 to Letterkenny University Hospital.

It is understood that the injuries sustained were non life threatening.
Other members of the walking team, who remained at the scene, were subsequently assisted back to the road by members of the DMRT.
The DMRT provide an emergency response remote environment and extreme terrain, search and rescue service in Donegal. The team is comprised entirely of volunteers who are on 24-hour call, 365 days of the year.
They are tasked by An Garda Síochána so if there is an emergency call 999 or 112.