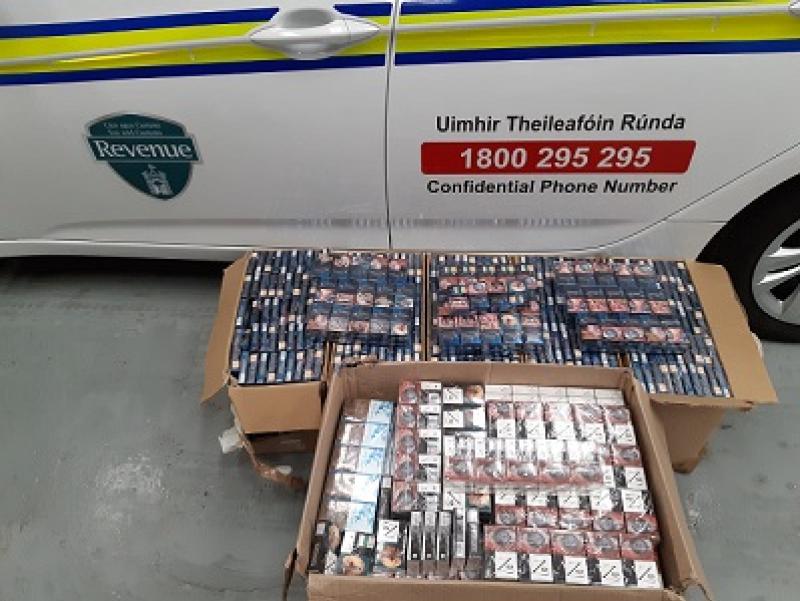 The illegal cigarettes seized in Ballybofey

Almost 50,000 illegal cigarettes have been seized in Donegal.

Revenue officers, with the assistance of detector dog Bill and following a search, under warrant, of a premises in Ballybofey seized over 49,000 cigarettes.

The unstamped cigarettes, branded ‘Rothmans’ and ‘NZ’ have an estimated retail value of more than €35,000, representing a potential loss to the Exchequer of over €27,700.

A Lithuanian man in his forties was questioned in relation to the seizure.

The operation was part of a national operation carried out Revenue officers, which seen over 233,500 cigarettes, more than 8.9kgs of illegal drugs, cash in both Euro and Sterling and 440 litres of beer seized.