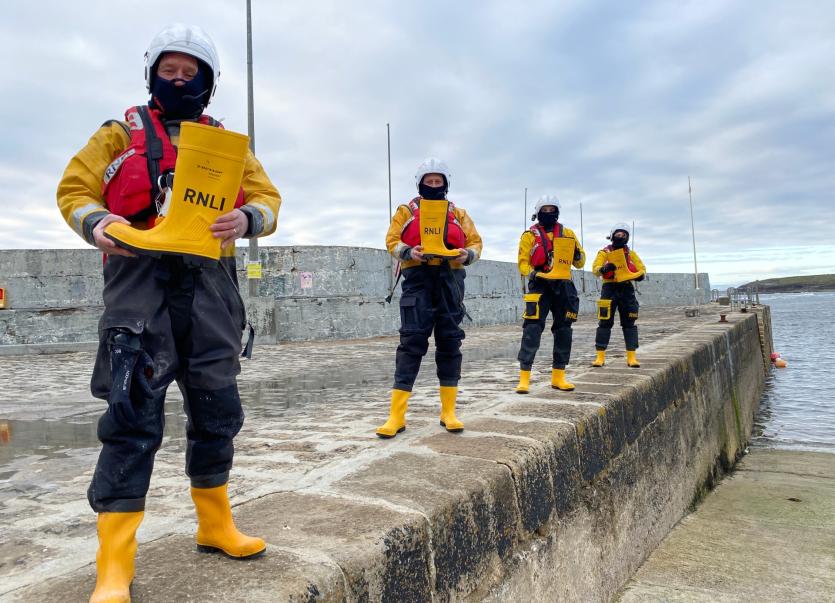 New figures show that the lifesaving RNLI crews launched their all-weather and inshore lifeboats 56 times this year bringing 82 people to safety and 21 of these launches were carried out in the hours of darkness.

This week, the RNLI has launched its Mayday Mile fundraiser as the charity’s rescue figures for 2020, show the Bundoran RNLI launched 18 times last year coming to the aid of 19 people while Arranmore RNLI launched 17 times bringing 29 people to safety.

All three lifeboat stations have remained operational throughout the pandemic with volunteers working amid Covid-19 restrictions and with additional safety protocols in place. During this time, RNLI crews have responded to a range of activities and people in difficulty including kayakers, canoeists, and jet-skiers; motorboats, fishing and sailing vessels and swimmers, walkers, and runners.

The charity is now putting out its own Mayday call for help as it prepares for a busy summer. With high numbers of visitors expected as more people choose to holiday closer to home, more funds are needed to ensure the lifesaving service is able to keep everyone safe. The RNLI is asking people to do their own Mayday Mile to help raise funds.

Captain Tony McGowan, Bundoran RNLI Lifeboat Operations Manager said: "Our lifeboat crews have remained operational throughout the pandemic and have had to operate in a different way while wearing additional PPE including surgical masks. They have done this while launching their lifeboats to help those in trouble at sea.

"As another summer approaches, we know that our lifesavers face more challenges in keeping everyone safe, which is why we are now the ones sending out our own Mayday call and asking for help. Our annual Mayday fundraising campaign is our call for your support to help keep you and your family safe this summer," he said.

Launching this Saturday 1 May and running for the whole month, the RNLI’s Mayday campaign asks people to sign up to support lifesavers around Ireland and the UK. This year, the charity will be calling on supporters to join the Mayday Mile, and cover at least one mile in any way they like in order to raise vital funds.

Tony added: "Our lifesavers in county Donegal will drop everything to run to the lifeboat station when the call comes, so we’re asking our supporters to put themselves in the crew’s boots and join the Mayday Mile. Every cent raised during Mayday will go towards ensuring we are ready to save even more lives this year."

To sign up for the Mayday Mile, or to make a donation in support of the RNLI’s lifesavers, visit RNLI.org/supportMayday Or CLICK HERE.