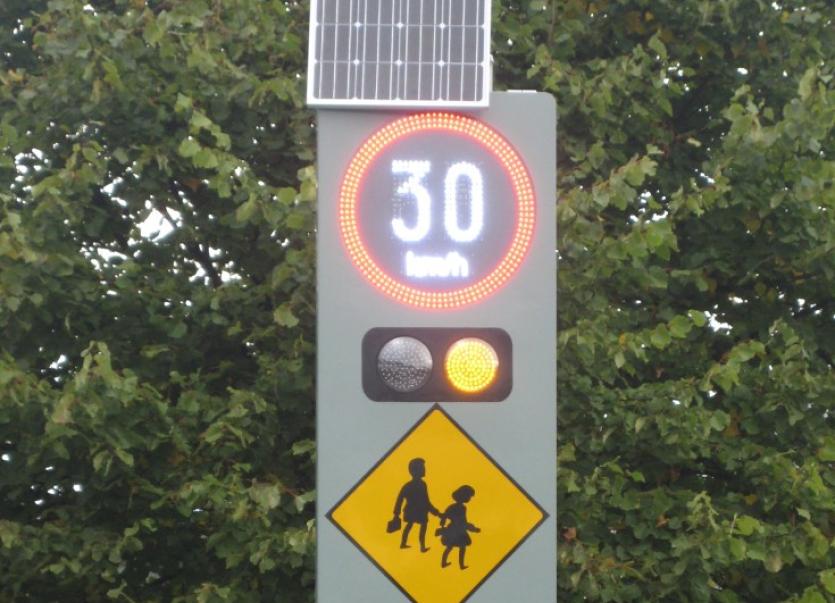 Donegal County Council is lagging behind most local authorities in implementing 30km/h speed zones at schools, in residential areas and in the centres of towns and villages, according to a national campaign group.

The Love 30 campaign, which is lobbying for the introduction of lower speed limits in urban and built-up areas, says the council could be doing more to lower speed limits to protect road users and lower emissions and is calling on county councillors in the county to help introduce reduced speed limits.

The group says all councils have set 30 km/h speed limits in some areas, however, in some counties, the amount “is extremely limited”.

An analysis of the road deaths in the country last year by the group shows Donegal has the third-highest number of fatalities per 100,000 people in the country after Roscommon and Louth. The group says a lower speed at schools and in town and village centres will help reduce the number of road fatalities.

An analysis by Love 30 of efforts by all local authorities in the country to introduce 30km/h shows that while Donegal County Council has introduced the speed limit in some housing estates, it has not been introduced at any other residential roads, schools or any town, village or neighbourhood centres.

Donegal County Council said it has introduced 30km/h speed limits, or slow zones, in virtually all public housing estates in the county, but it does not have the remit to do so in private housing estates.

The council said there are no plans for a blanket 30km/h speed limit to be applied on all residential roads, schools, or urban roads.  The next review of speed limits in the county, which takes place every four years,  is scheduled for 2022.

A plan to establish more appropriate speed limits within housing estates across Donegal came into effect in 2015.

Ireland was a signatory in February 2020 of the Stockholm Declaration of the Third Global Ministerial Conference on Road Safety, which calls for a maximum road travel speed of 30 km/h in “areas where vulnerable road users and vehicles mix”.  The declaration states that lower speed limits will have a beneficial impact on air quality and climate change as well as being vital to reducing road traffic deaths and injuries.

Love 30  is calling on the Government to fulfil the commitment in the Stockholm Declaration by introducing a default speed limit of 30 km/h in built-up areas.

'Could be doing more'

Mairéad Forsythe of Love 30 said Donegal County  Council could be doing more to introduce 30km/h speed limits, although some progress is being made.

She said county councils in Cavan, Kilkenny and Laois are examples of counties that have put in place 30km/h speed limits at many schools.

“Donegal County Council is behind the average, they could be doing more,” she said.

“They need to look at the centres of the main towns, Ballyshannon, Bundoran, Letterkenny, Buncrana."

She said the introduction of more 30km/h schemes needs the officials and the councillors working together to introduce bylaws.

"All counties have a lot to do but maybe the shift in mentality is starting in Donegal. Donegal’s town and villages would benefit from 30km/h speed limits - they would be much more pleasant places for people to move around, for children to play and for the elderly.”

Green schools travel officer in Donegal, Aengus Kennedy, said the Green Schools Travel programme supports the Love 30 campaign and sees the benefits of 30km outside schools “where it is practical and feasible”.

The programme, which is funded by the Department of Transport and supported by the National Transport Authority,  works with schools to encourage children to walk and cycle between home and school. The work includes “child-led” audits of the safety and the infrastructure in the areas close to schools.

“We liaise with engineers in the council, who are very good," Mr Kennedy said.

"They take our thoughts on board and of course, they are the experts who turn it into something feasible and practical. The biggest barrier (to the work) was funds. So currently there is a lot of money for active travel, so as a result, the councils are able to say, ‘You know what? We might actually find the funds for  the bit of footpath, or the crossing point, or whatever, it is.”

The introduction of 30km/h speed limits outside schools would benefit whole communities, he said.

“Schools are the ultimate in community centres at the moment. If 30km is outside a school, it is not going to benefit just the school, it will benefit the local faith groups, the walk-in trade for the business, the local residents, etc.”

A recent initiative between four schools in Letterkenny to campaign for a speed reduction in the cathedral area that has the support of local councillors shows what can be achieved in the right conditions, he said. While no 30km/h zones have been introduced at any schools in the county, the concept is a relatively new one.

“It’s been an educational process for everybody: for ourselves, the county councillors, the council themselves, the schools. It has taken a bit of time for people to start to realise what it is.”