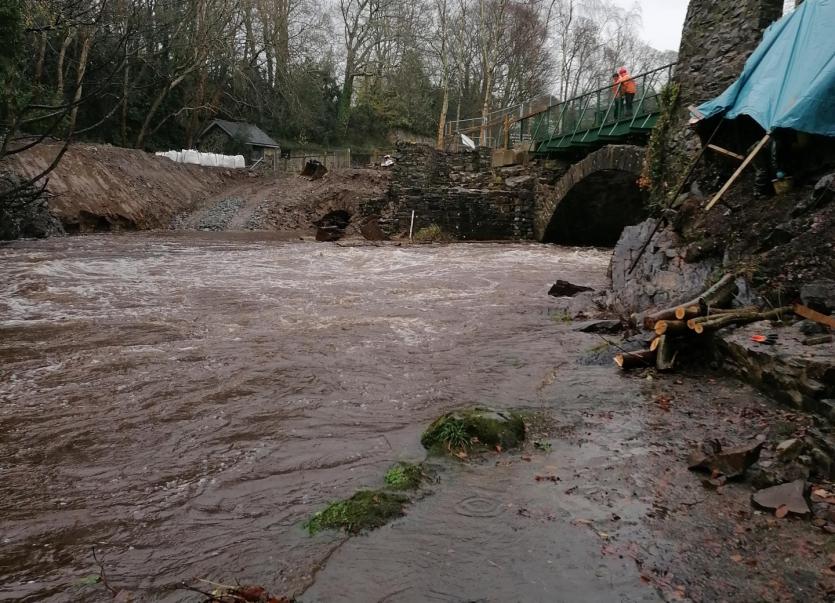 “At the beginning of May, Donegal County Council will re-commence this extremely exciting project at Swan Park, which will be bigger and better than it was before the floods, given that both sides of the river will be under public ownership.

“A private contractor is in place to complete the 'eye of the bridge'. During that time, there will understandably be some restrictions but I have received assurances that public access will be accommodated as much as possible.

“I am personally very excited to see our park progressing and I look forward to the time when all landscaping is complete and this fantastic community amenity is fully enjoyed by local and visitors alike.

“It will be a lasting testament to the tenacity of the campaign by the local community who demanded funding for the restoration of Swan Park,” Cllr Murray said.

“They deserve huge credit for all the work they have to done to date and have committed to into the future.

“In April 2018, I presented Eoghan Murphy, who was then Minister for Housing, Planning and Local Government, with a petition containing more than 4,500 signatures from people in Inishowen demanding that Swan Park be fully restored.

“I am so proud of our community as the restoration works continue and our park looks better than ever before,” Cllr Murray said.