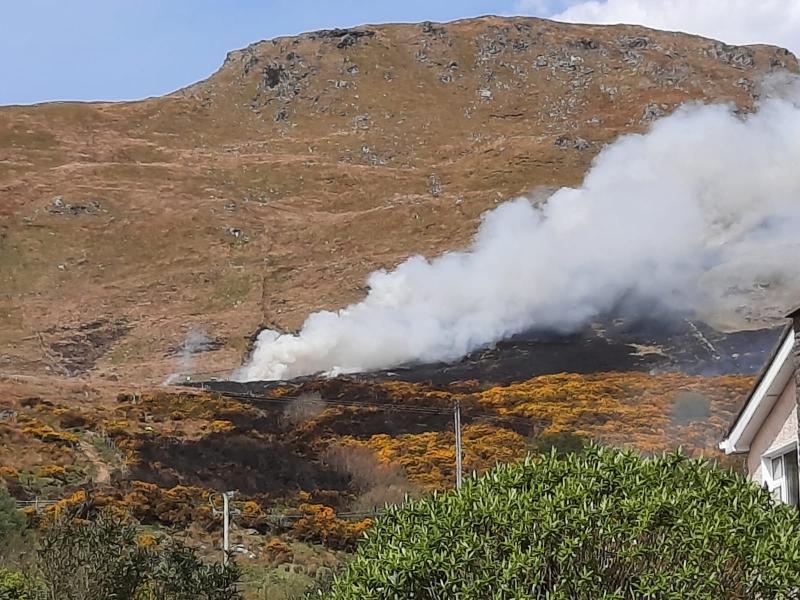 Donegal Fire service is currently battling a gorse fire raging in the southwest of the county.

The fire broke out just off the R263 road, near the Largy Viewpoint, west of Killybegs.

Today's fire follows a recent massive gorse fire in the Mourne Mountains in County Antrim, which took three days to extinguish. It also comes days after councillors in West Donegal called on the Fire Service to help establish a Rapid Response Initiative to deal with gorse fires in the future.

The councillors suggested local people could receive training, and basic equipment could be provided in strategic locations.

The recent Glenties Municipal District discussed the second anniversary of a series of gorse fires which caused extensive damage in West Donegal over Easter 2019, and would have done much more, were it not for the response of local people.

Cathaoirleach Noirin McGarvey said it was vital that Glenties Municipal District got support for the proposed initiative. Cllr McGarvey also raised the issue at the last Emergency Services SPC meeting.

More information as the situation develops.