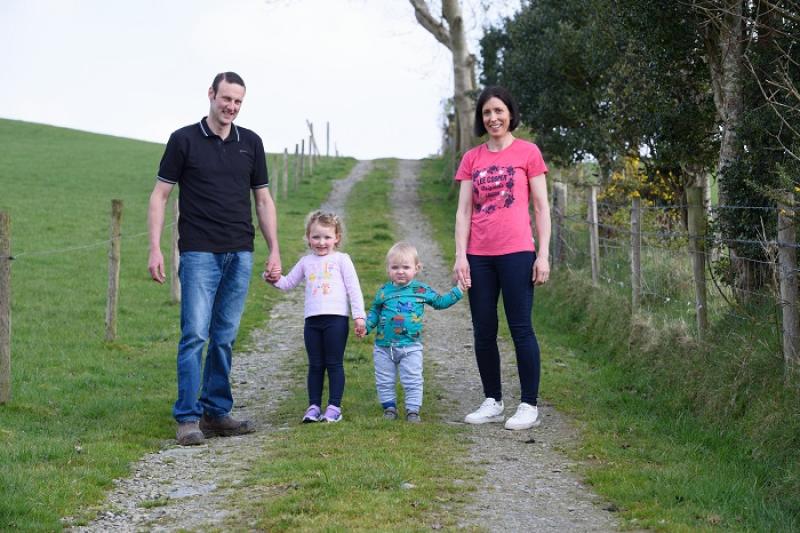 Clive Sweeney from Trentagh has been acknowledged for his contribution to dairy farming excellence at the Aurivo Milk Quality Awards.

Awarded highest in the category of Most Improved Somatic Cell Count, Clive credits his effort and accomplishment to milk recording and good hygiene.

Now in its 14th year, the awards recognise the standard of excellence in dairy farming by Aurivo milk suppliers, as well as their dedication and commitment to milk production in the previous year.

Commenting on the awards, Donal Tierney, Chief Executive of Aurivo, said: “The Aurivo Milk Quality Awards is an annual award programme which recognises standards of excellence in dairy farming. I want to congratulate each of our category winners, who are exceptional ambassadors for Aurivo and the dairy farming sector. They continuously illustrate the highest quality of milk supply.

“Aurivo is very proud of its quality milk pool and committed supplier base of almost 1,000 suppliers in both the Republic and Northern Ireland.

"Our farming families' incredible commitment and dedication allows us to produce the highest quality dairy produce. I would like to personally congratulate Clive on his success, which is well deserved.”

Clive’s parents entered dairying in 1980, and in 2006, Clive took over the family farm and expanded it to 40 hectares for his dairy herd and 200 ewes.

Clive credits winning the most improved somatic cell count category to milk recording and good hygiene. Clive uses his milk recording reports to identify and treat cows who have SCC issues. During housing, sheds are scraped four times a day and cubicles are limed twice a day, keeping infection at bay.