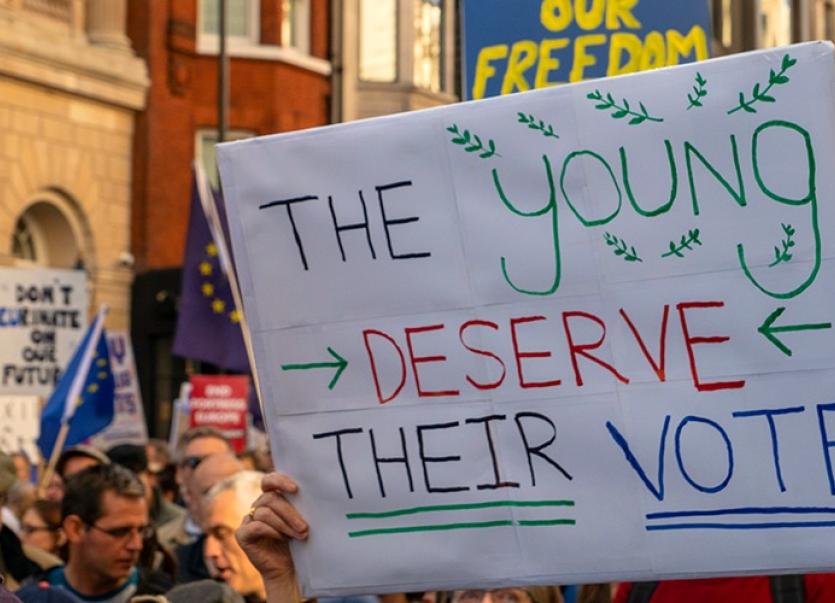 Call for 16 years to be allowed to vote

Independent TD for Donegal, Thomas Pringle, today introduced a Private Members’ Bill calling for a referendum on lowering the voting age to 16.

Addressing the Dáil today, Deputy Pringle said: “I am introducing this bill today to coincide with the Scottish and Welsh elections, in which 16 and 17 year olds are voting.”

He said that if the referendum is accepted by voters, “estimated figures suggest that it would be upwards of 126,000 young people eligible to vote, with perhaps up to 5,000 of those in Donegal.”

The deputy added that young people are already making their voices heard.

“Over the past year, we have heard from articulate and determined young voices who wanted to be heard in the decisions being made about their future and safety.”

He said the first report of the Convention on the Constitution in 2013 examined this issue and the majority recommended that the voting age be reduced to 16 and that the franchise be extended for all elections.

Deputy Pringle’s bill is a simple constitutional amendment bill, which would put the question to the people of Ireland on whether they agree to amend Article 16 of the Constitution, reducing the age of eligibility to vote in Dáil elections from 18 years of age to 16.

If accepted, people could register to vote from the age of 16 and be allowed to vote in all elections, including referenda.

He said: “Seeing as my Private Members’ Bill is about giving young people a voice, I wanted to share some of the matters that came up during our discussion.”

One student said: “You let us have certain responsibilities, like having a job or paying taxes, but don’t give us the responsibility of having a say on worker’s rights or where these taxes should go. If we are contributing to society, we deserve to be represented.”

Deputy Pringle added that even before the pandemic, we had seen the mass mobilisation of students around the world calling for action on climate change.

"Global inaction on climate change and their fear for the future of the planet, their futures, has mobilised young voices and it is inspiring to see.

“Reducing the voting age to 16 will enable schools to play a part in registering students. This should be in tandem with political education and should take place in all secondary schools, linking with local youth groups for those who may have left school at 16,” he said.

In a statement, the Irish Second-Level Students’ Union said: “The Irish Second-Level Students’ Union (ISSU) is delighted to see action on the lowering of the voting age to sixteen.
Young people have played an incredibly prominent role in society and politics in recent years - whether it be campaigning during referenda, striking for climate action, or influencing the Government’s decision-making on the state examinations, young people have been at the forefront of movements, using their voices constructively to bring about positive change.

The ISSU said: “It is about time that we trust and empower them to have their say, via the ballot box, about how decisions are made. If we trust this cohort of young people to work, pay taxes, and drop out of school, we should trust them to vote.”

Deputy Pringle thanked Luke Casserly and his colleagues from the ISSU, James Doorley and team from the National Youth Council of Ireland, and the teacher and students in St. Catherine’s Vocational School, Killybegs, for their time, ideas and collaboration on this important bill.