19 ewes and black silage pit plastic left in the water 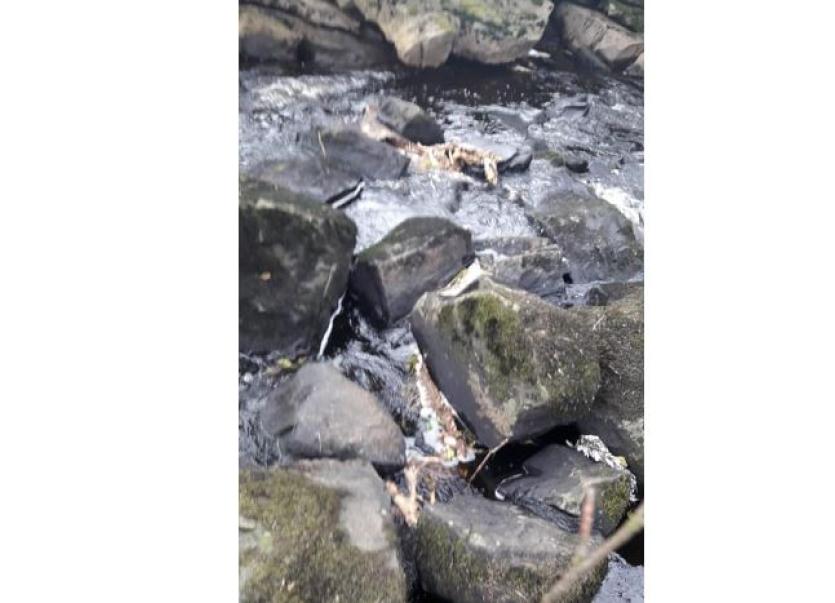 A spokesman for the Pettigo and District Angling Association said they were extremely disappointed at the find.

"We have received reports of dead sheep being dumped into the Termon river from bridges near Lettercran Chapel. There is at least 19 dead ewes in various stages of decomposition in the river as well as huge amounts of black silage pit plastic.

Donegal County Council. Fermanagh and Omagh District Council, the Environmental Protection Agency,  and the departments of agriculture and fisheries on both sides of the border have been notified.

The spokesman added that this illegal dumping shows little respect for the animals, the fish and wildlife in and around the river and none for the community who live downstream of the dumping sites.

"The Termon river is an amenity for the community, a source of drinking water for humans via Lough Erne and animals and not a dump. This practice needs to stop.

There was also an angry reaction to the discovery from  FISSTA, the  Federation of Irish Salmon & Sea Trout Anglers.

"This is an ideal case for cross-border cooperation between the state agencies to identify and convict the perpetrators, said a spokesman today.

"The DNA database on both sides must be accessed and the IFI, LA especially must use their expertise and worth now. Farmers know who lost that amount of stock so An Garda Siochana and the PSNI can investigate this now.

"Uniforms and squad cars turning up in fields and farmyards is not what farmers want so someone has to give up this attack on our water and environment.

"We in FISSTA the affiliated clubs will pursue and monitor all cooperation we can muster to end this ever growing problem of environmental vandalism," he said.