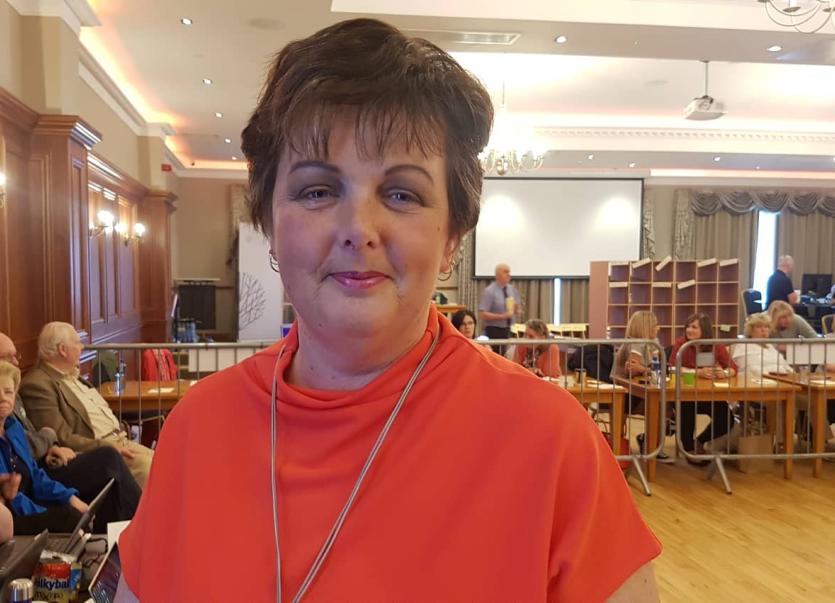 Tributes were paid to Fianna Fáil Councillor Noreen Mc Garvey for the work she carried out during her term as cathaoirleach of the Glenties Municipal District which came to an end on Tuesday, May 11, 2021.

Speaking at the begining of the Glenties Municipal District online meeting, Cllr Mc Garvey said that it had been a difficult year for many but felt that councillors got on with what they had to do.

Describing the year as probably the longest 12 months on record, she said: "We took the good with the bad - we rolled with the punches and got on with what we had to do. For me as Cathaoirleach, obviously, I was very proud to receive the chain from John last year,  I was all gung-ho - a great year to come but obviously restrictions put an end to that."

She thanked council staff and officials Michael Rowsome, Michael Mc Garvey and Eamonn Brown whom she said were a huge support to her throughout her term.

The former cathaoirleach thanked the media and those who translated the meetings.

The new Cathaoirleach for the Glenties Municipal District (GMD) Sinn Féin Councillor Marie Therese Gallagher thanked Ms Mc Garvey for all her hard work, during her term, adding that Cllr Mc Garvey had been a very active and productive cathaoirleach.

Cllr Micheál Choilm Mac Giolla Easbuig said: “The community is lucky to have you because you are there to help them and I think it is important to recognise your work.”

Cllr John Sheamais Ó Fearraigh commended Ms Mc Garvey for her professionalism during her term as cathaoirleach adding that everyone had worked well together under her stewardship.

Area Manager, Michael Mc Garvey saying that she had been fair and constructive in all her dealings with council staff: "You have represented with municipal district with pride and dignity."