Cathaoirleach asks that alternatives be explored 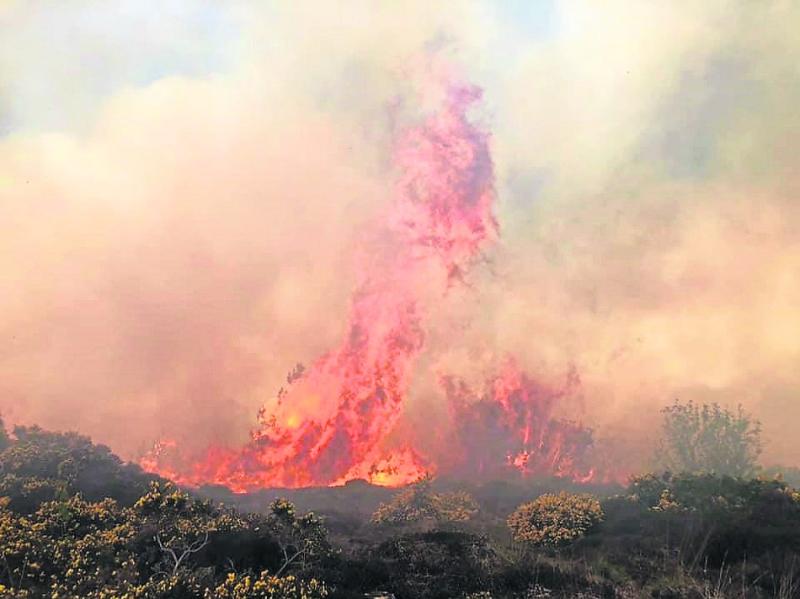 Councillors voiced their deep disappointment and concern that they were not being given the go-ahead for a Rapid Response Unit, at a recent online meeting of the Glenties Municipal District (GMD) Council.

Frequently highlighted
People risked their lives, animals perished, homes and vehicles were destroyed in gorse fires that ripped aggressively through the Rosses area two years ago.Councillors on the GMD have since frequently asked that a Rapid Response Unit made up of local volunteers would be given training and equipment so that they would be better armed should a similar such situation arise.
Councillors said on Tuesday that they were disappointed that they were not going to be given the help needed to set up the unit.

Deeply appreciate the work of the fire service

Correspondence outlining the difficulties associated with setting up such a unit from the emergency services section of the council had been circulated among members ahead of the May meeting.
Cllr Noreen Mc Garvey said:“I received the reply from the fire service ... I’d like to thank personnel for the reply although I was a bit disappointed in the reply. Basically all we were looking for was a wee bit of co-ordination for volunteers ... I deeply appreciate the work that is being done by our fire service.”

Councillor Micheál Choilm Mac Giolla Easbuig said: “What would have happened if the local people had not gone out to fight the fire? ... Remember it was the community that risked their lives ... We are not going to accept that answer.”
Describing the siutation as ‘shameful’ he said they would have to continue to try to get the unit.

Another avenue to consider

Cathaoirleach Marie Therese Gallagher said that perhaps retired fire service members or retired Donegal County Council could be brought in to help remedy the situation.
The Sinn Féin councillor said that local expertise may be used to help direct volunteers and asked that this idea would be considered as an option by Donegal County Council.
“In relation to that report, I think that we are all disappointed. We have spoken about this years - not just in this council but in the council before and there is a part for everybody to play in response to fires or flooding or any of those situations that occur.
“I think that we are probably going to have to do more work on this,” she said.