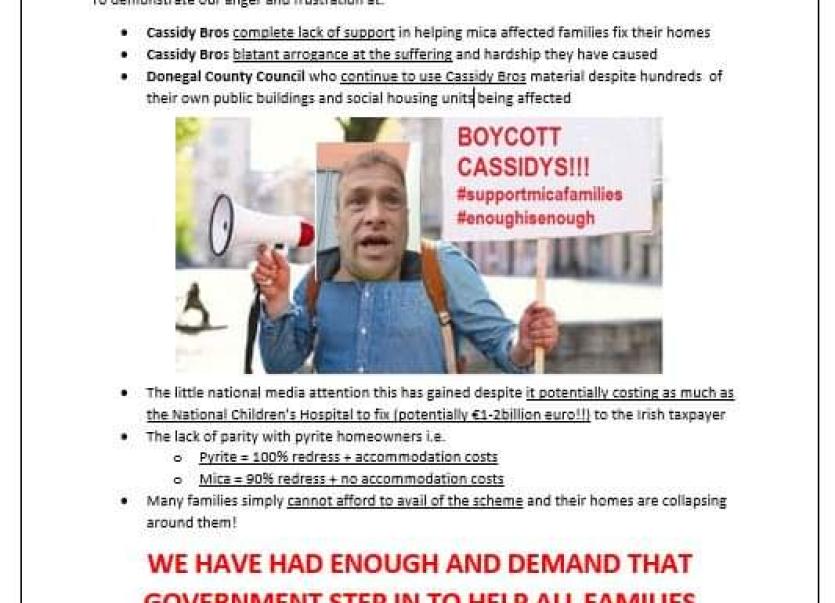 Breaking: A monster mica protest rally is being planned for Donegal.

The rally will take place on Saturday, May 22, at 2.00pm in Buncrana. People are asked to meet st the Children's Playground, Shorefront, from 1.00pm.

The organisers are also asking those on the rally to wear a mask and comply with Government Covid guidelines.

Speaking at Thursday's meeting of Donegal County Council's Mica Redress Committee, Michael Doherty representing the Mica Action Group said there was now a "massive groundswell" of protest in Inishowen and wider Donegal, growing around the issue of mica.

Several Donegal County Councillors at the meeting also called for a full Public Inquiry into the mica scandal.

The plight of people in mica-affected social housing was also highlighted, as was the ambiguous situation of people who had bought out their social houses, which were subsequently found to contain mica.

'Mica biggest scandal in the history of the State