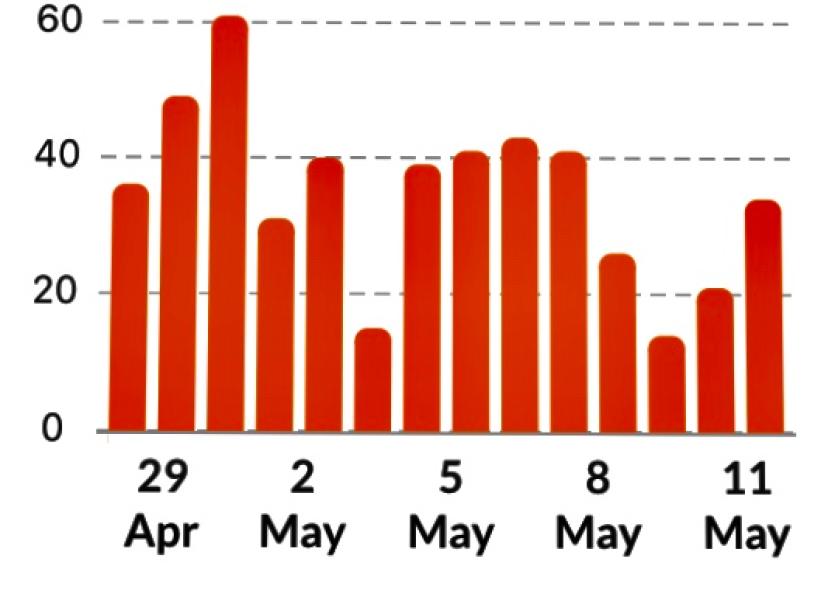 While the electoral areas (EA) of Letterkenny and Lifford-Stranorlar had the highest recorded number of Covid-19 cases in the county in the two weeks period up to May 10, it was the Milford EA with fewer actual cases in that period, which actually has the highest rate of transmission in the county.

With 20 cases recorded in the Carndonagh EA, this area had the lowest rate of infection transmission in the county.

Both Carndonagh and the electoral area of Donegal are the only two that have transmission rates of infection per 100,000 that are actually below the national 14-day incidence rate of infection, which currently stands at 128.1

There were 109 confirmed cases of Covid-19 in the Letterkenny Electoral area between April 26 and May 10, it was revealed this afternoon, making it the electoral area in the county with the highest actual number of infections during that period.

Lifford-Stranorlar EA recorded the second highest numbers in the same period, with 89 cases.

Milford EA had an additional 65 cases in that period, the third highest in terms of those affected by the disease, but significantly with an infection rate of 472 per 100,000 of the population which stands at 13,771, the transmission rates are higher there than any other part of the county.