Swimmers are the problem - not the jet ski users - claim

""I think this is an accident waiting to happen" 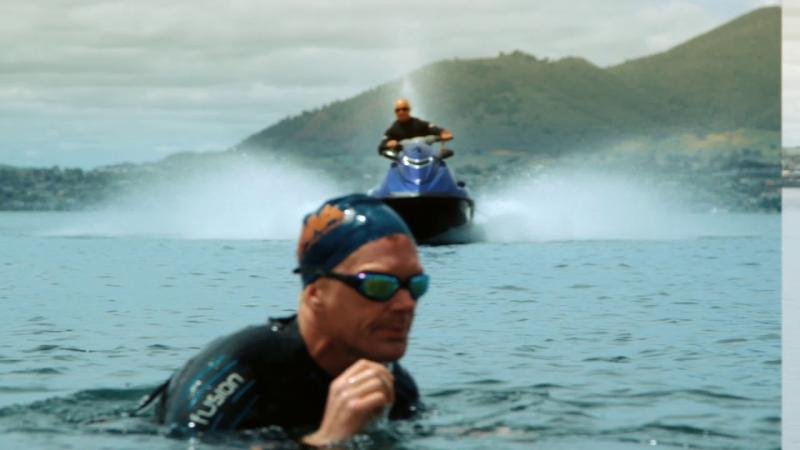 An accident waiting to happen? Concern is growing for sea swimmers and an increasing number of jet skis around the Donegal coast

The question of who enforces the regulations and gathers the evidence on Donegal's beaches made more than a few waves at the meeting.

Public Participation Network (PPN) member and former garda sergeant, James Trearty told the online gathering that the use of power boats, jet skis and fast watercraft had caused a lot of concern and that was the reason the PPN members had decided to raise this issue.

"The people who operate these are generally not local which causes a lot of problems. The question is who enforces the regulations. Gathering evidence is an issue too."

He suggested they should initiate a campaign to discourage people from using such craft in close proximity to the water edge; it might alleviate the problem.

"Going forward, this JPC could set up a committee to try to get some regulations put in force. Why these users have to perform their twirls in around the edge of the water where swimmers are I don't know.

"Indeed I saw one user of a jet ski going public recently saying the swimmers should look out for themselves. He claimed the swimmers were causing him concern.

"I think this is an accident waiting to happen," he said.

Another PPN member and former councillor, Dermot McLaughlin also spoke of concerns when sea swimmers and jet ski operators frequented the same bathing spots in areas on the stretch along the Swilly between Fahan and Buncrana.

Another PPN member, Mary McGowan, asked whether the 5 knots speed limit within 100 metres of any launch or landing site also applied to the small harbours and piers where a lot of people went swimming.

He said with the onset of staycations there will be more jet skies in the water around Donegal in the next couple of months. He knew there would be many people swimming from places like Creevy pier to the Point [Ballyshannon] but feared that if a jet ski operator arrived with very little experience of driving them it could be an issue.

"The bylaws themselves seem a bit scant in terms of the detail. The speed limit should apply everywhere. Sometimes people don't know if they [jet skis] are banned or not. There's no clear signage either and to be honest I don't think people would want to encourage jet skis in an area like Creevy.

"We need to know how we police it or who we call in relation to an issue or bad driver behaviour, the gardaí? Will they come and how will they deal with it," he said.

JPC chairman, Cllr Gerry McMonagle expressed concern that there wasn't signage at all beaches and this was something the council could take on board. He also suggested the lifeguards and beach wardans could hand out information leaflets to people arriving with jet skis to inform them of their obligations.

"We have outlined the beaches involved but if there are any particular issues we can refer them to our environment strategic policy committee. We have taken note of the concerns and will report back following discussions internally with our environment section," he said.