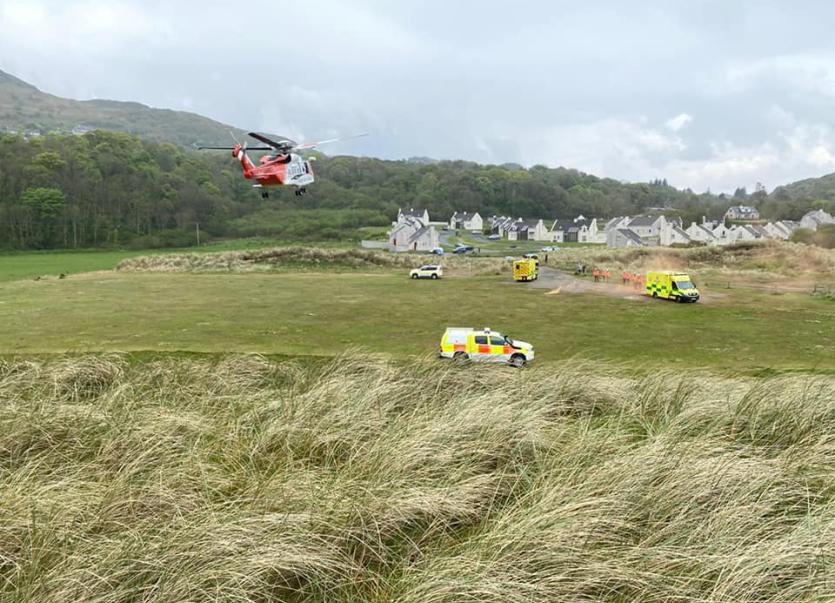 It was a busy Sunday for the members of Killybegs Coast Guard.

They were tasked at 12.12pm to rescue a swimmer who got into difficulty at Fintra Beach.

The casualty was rescued, transported to the nearby football pitch by National Ambulance Service (NAS) and airlifted to hospital by Rescue 118.

The second tasking was at 15.38pm where a person had fallen at the Secret Waterfall in Largy.
The casualty sustained a serious injury to her leg.

Rescue 118 were also on-scene throughout this tasking.

"We wish both casualties a speedy recovery. If you see someone who may be in difficultly near the coast or at sea, call 112/99 and ask for the Coast Guard, " a spokesperson said this evening.