"Can anything be done? " - Cllr Donal Coyle 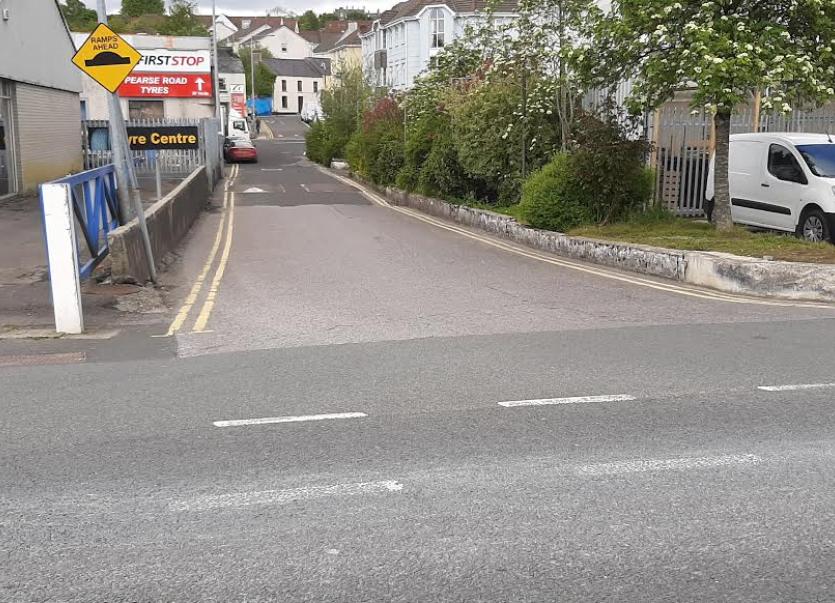 A wall at a busy junction is causing motorists problems in the centre of Letterkenny, it has been claimed.

The matter was raised at the last Letterkenny-Milford Municipal District meeting when mayor, Cllr Donal Coyle asked that the council would bring a proposal of what alternative could be put in place regarding the high kerbing on Larkin's Lane at the junction to Pearse Road.

In an official response from the council he was told that this is a planter wall and that it had already been assessed and it was determined that the turning radii was in compliance with the required standards.

Cllr Coyle said several motorists told him when they approached the Pearse Road from Larkin's Lane their car was catching on the high wall there.

"Can anything be done? I hope the council can come up with something, even if it's only stripes on the wall or something to indicate it is there. Obviously cars are being damaged when they are turning left off Larkin's Lane onto the road.

The motion was seconded by Cllr Liam Blaney said that the wall was not high enough to drive over and it was too low for people to see, he said.

The council's area manager for roads, David McIlwaine, said they would look at the visibility issues to see if anything can be done to highlight the kerbing or the wall.