Donegal group gets boost from Equality Fund at Rethink Ireland

Local initiative will work to eliminate prejudice, discrimination and racism 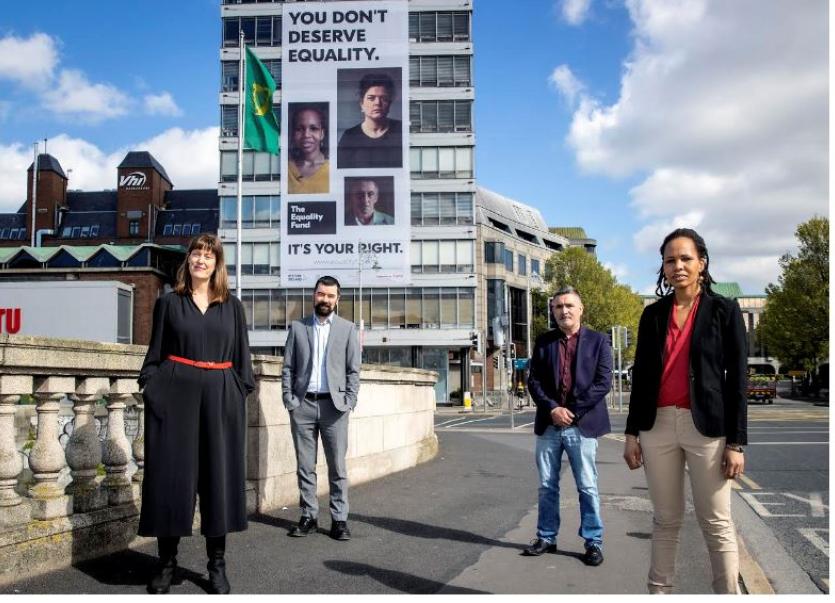 Eleven civil-society groups throughout Ireland, including one in Donegal, have been awarded grants through Rethink Ireland's Equality Fund.

The project for this county is Think Equality. It is a partnership between Donegal Local Development CLG (DLDC), with Donegal Intercultural Platform and Donegal Travellers Project.

The Think Equality initiative will work to eliminate prejudice, discrimination and racism across the county of Donegal and promote the full and meaningful inclusion of Black Minority Ethnic Communities including Traveller and Roma Communities across rural Donegal including on local decision making structures.

The project will also seek to build dynamic relationships at an individual and societal level which will be based on understanding, acceptance, trust, respect and equality.

This initiative will continue to act and struggle for human rights and equality at a county and regional level.

Rethink Ireland have also announced a record expansion of the Equality Fund in Ireland from €3 million to €10 million over five years.

The funding comes from The Peter Kinney and Lisa Sandquist Foundation and is being matched by the Department of Rural and Community Development and the Department of Children, Equality, Disability, Integration and Youth via the Dormant Accounts Fund.

The announcement coincides with:

- The unveiling of a mural on SIPTU’s Liberty Hall in Dublin
- The launch of a new website, www.equalityfund.ie
- The release of eleven short documentary films on The Equality Fund awardees to be aired on www.equalityfund.ie. The documentaries are the work of award-winning director, Aoife Kelleher and producer, Hugh Rodgers.

Minister Joe O’Brien TD, Minister of State for Community Development and Charities said today’s announcement is a positive signal that Irish people have a strong sense of the importance of equality.

A spokesperson for The Peter Kinney and Lisa Sandquist Foundation said the Equality Fund strives to give scale to the voices and work of marginalised communities.

Deirdre Mortell, CEO of Rethink Ireland added that as a modern democracy, Ireland is evolving and society must keep up with changes.

"This means making sure that no-one slips through the cracks and that there are structural supports in place for people who are marginalised in our society.”

"This work needs long term vision, commitment, collaboration and ultimately a genuine shift in power. This is what our partner organisations provide to Irish society and we are honoured to add our support to their work,” he said.