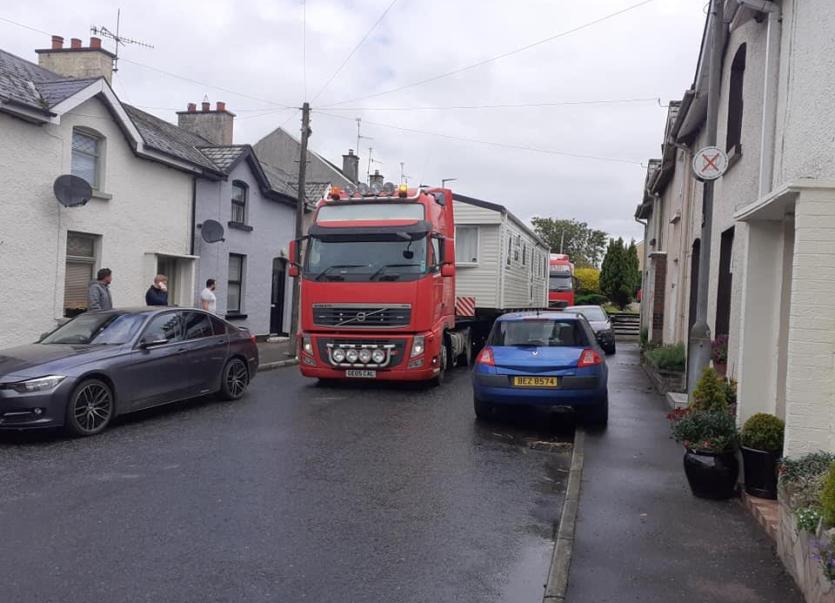 Traffic chaos in the border village of Clady

Consultation on proposed HGV restrictions at the border village of Clady will begin tomorrow, Wednesday, May 26.

The consultation on the proposal to introduce a weight restriction would prohibit vehicles exceeding 7.5 tonnes from travelling through Clady village unless for access.

Heavy traffic going through the village has caused disruption of normal life.

Indeed many locals point to the fact many of these lorries were going to or coming from various companies and businesses in Donegal.

The North's Infrastructure Minister, Nichola Mallon, said the issue of HGVs travelling through the narrow main street of Clady village as a short cut between the A5 south of Strabane to the N15 in Donegal has been a matter of concern to residents for some years.

“This proposal would result in a reduction in the number of large goods vehicles travelling through Clady, resulting in less congestion and improved health and safety for all road users, business owners and residents.”

A public consultation in 2019 attracted a number of objections from local businesses which would be adversely affected by the weight restriction and this exemption is intended to reduce this impact.

The scheme could be introduced later this year, depending on the outcome of the consultation.