Major traffic delays in and around Letterkenny 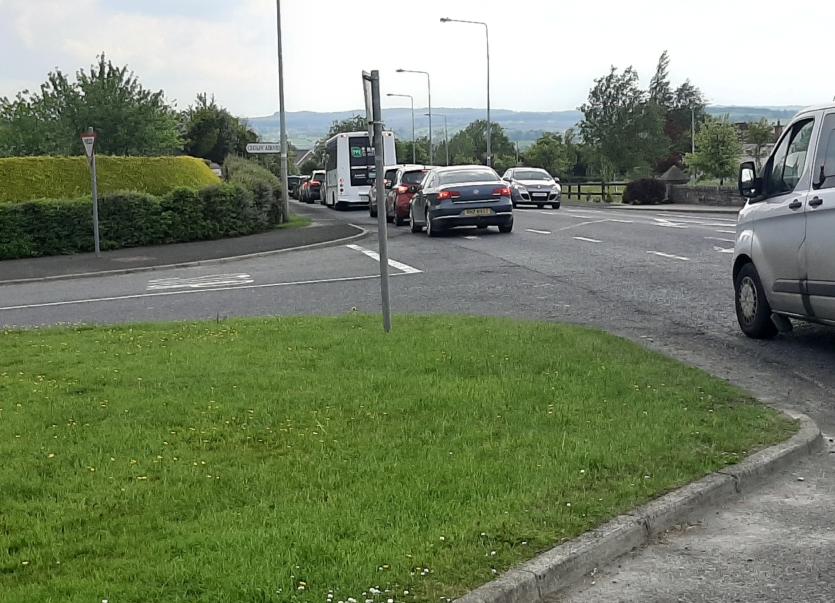 Traffic queues at Glebe outside Letterkenny - where at 4.30pm there were tailbacks of over a mile

Motorists experienced long delays in and around parts of Letterkenny on Monday evening.

There were long queues in parts of the town, particularly for traffic approaching the Port Bridge roundabout area.

From shortly after 4pm, traffic was built back on the Ramelton Road, as far back as Glebe and many road-users were using alternative routes which was also causing problems.

There was heavy traffic at Kiltoy Roundabout and along the Port Road.

Traffic delays are always a problem on the Monday of the Northern bank holiday weekend as weekend visitors make their way home.

The traffic delays got even worse from shortly after 5pm as workers also set out on their journeys home.

The long delays were still being experienced up until after 6.30pm before the queues eventually began to ease.