"These families have been failed by the system, by Donegal County Council and by the government" - Mary Lou McDonald TD 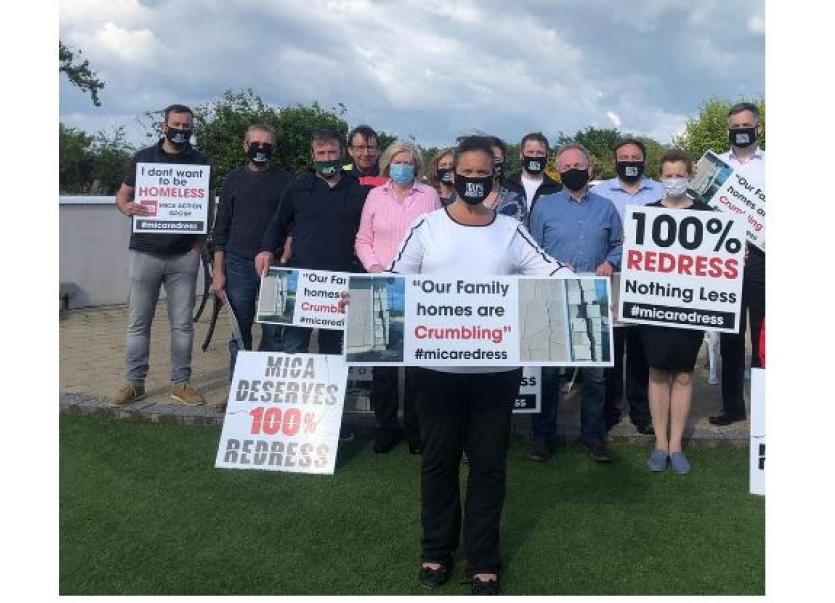 Sinn Féin President Mary Lou McDonald TD has said that a scheme that delivers 100% redress for families whose homes have been affected by the Mica scandal is the only just solution.

The Sinn Féin President was speaking following her visit to Donegal where she met with many of the families accompanied by local Sinn Féin TDs Pádraig Mac Lochlainn, Pearse Doherty and Councillor Albert Doherty.

"The Mica scandal in Donegal has devastated families whose homes are literally crumbling around them. These are families who have worked hard and saved hard to buy a home. Now, through no fault of their own, they find themselves in a nightmare situation where their houses are cracking and coming asunder around them.

"The meeting I had with them was powerful. Despite everything they have gone through, they remain very strong people who are determined to get justice.

"The scheme that the government put in place is not working. Under this scheme, some families are expected to come up with €100,000 or more to contribute to fixing their homes. This is incredibly unfair. These families have been failed by the system, by Donegal County Council and by the government.

"This needs to come to an end. The families campaign and demand for a scheme that will cover the cost of rebuilding their houses is right. The only fair solution is for the government to deliver a 100% redress scheme and deliver it urgently. Sinn Féin will keep raising this matter with the government until this happens," she said.