Plan announced to promote use of Irish language in Letterkenny

Plan launched by Jack Chambers TD, Government Chief Whip and Minister of State for the Gaeltacht and Sport 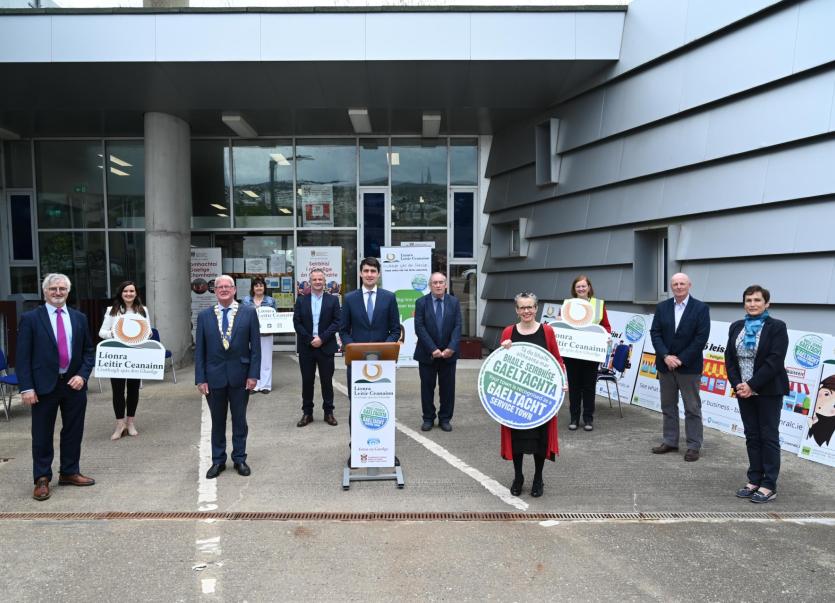 Letterkenny is the latest town in Ireland to have a "service town language plan".

The plan was officially launched by Jack Chambers TD, Government Chief Whip and Minister of State for the Gaeltacht and Sport, today.

The organisation Líonra Leitir Ceannain compiled the Letterkenny language plan, which was approved by the Department in Autumn 2020.

A Language Planning Officer has since been employed to implement the plan under the direction of the organisation.

Launching the plan, Minister of State Chambers said: “I would like to congratulate Líonra Leitir Ceanainn - the Lead Organisation of the Gaeltacht Service Town - and all those involved in putting together the language plan for the Letterkenny area.

“As with all the plans already in place, the Letterkenny language plan will provide opportunities for the community of this area to be central to the extra effort required to ensure the safe and secure transmission of the Irish language to generations to come.”

Of the 26 Gaeltacht Language Planning Areas, 22 plans have already been approved - seven of which are in County Donegal.

To date four Gaeltacht Service Towns have been approved under the process, Letterkenny, Dingle, Galway City, and Dungloe which was approved yesterday.

The Department is currently considering three other plans - the Aran Islands language plan, the Clear Island language plan, and a plan for the Tralee Gaeltacht Service Town.

Regarding the Gaeltacht Service Towns, the process of preparing plans is underway for the following towns: Dungarvan, Caherciveen, Castlebar and Cork City.

An annual budget of up to €80,000 a year will be provided over a period of seven years once the plans are approved under the process; other than Galway and Cork city for which a yearly budget of €100,000 each will be provided.

On Thursday, the Minister of State announced funding of €3.4m for Údarás na Gaeltachta and Foras na Gaeilge under the Language Planning Process.

The Government's Action Plan 2018 - 2022 for the Irish Language provides a comprehensive overview of what is going on and planned for the benefit of the Irish language and the Gaeltacht - which can be found at the following link: https://www.gov.ie/ga/eolas-polasaithe/plean-gniomhaiochta-2018-go-2022/