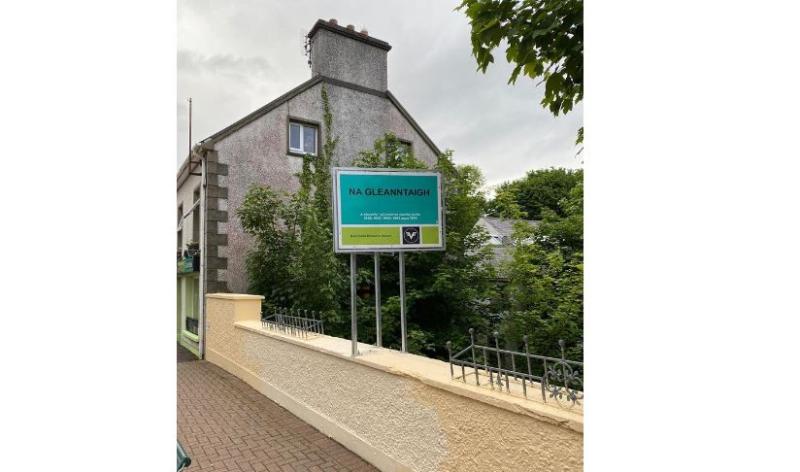 The new sign as it now stands in Glenties

Those of a certain vintage may remember that back in 1960, when Glenties achieved three in a row in the Tidy Towns, Bord Failte presented the town with a special commemorative sign marking the achievement which originally stood on the bridge wall near the bank.

It is not known whatever happened to it but the Glenties Community Development Group thought it would be nice to replicate it and reposition it back on the bridge, updated with subsequent victories, to highlight the achievements of Glenties in the Tidy Towns.

On Friday evening a replica of the sign that they got commissioned was erected on the bridge.

A bit of research had to go into the recreation and old photographs were scoured through so to create a proper recreation and thanks to Declan Boyle at DBD Design they now have a perfect replica.

The group would also like to thank JP O’Donnell and Roddy for organising and fabricating the frame and erecting it on the bridge and also a special word to their recently departed friend Michael Jack O’Donnell who scoured his archives to find old colour video footage so they could replicate the exact colour scheme of the original sign.

"We trust he would approve," said a group spokesperson.